Volunteers of American Western Washington (VOA) has announced an expansion of its hunger prevention work to meet the increasing demand at Snohomish County food banks as a result of the COVID-19 crisis. To respond to the increasing need, VOA has expanded its hunger prevention work with the opening of a new food pantry on Casino Road in South Everett and leasing of the empty Arlington Haggen building to increase distribution capacity. VOA acts as the primary distribution center for the three VOA operated food banks as well as Snohomish County’s Food Bank Coalition, which includes 18 food banks and 21 meal sites countywide. As unemployment grows, state officials now estimate that as many as 23 percent of Washington residents will face food insecurity. Chief Operating Officer Brian Smith coordinated a six-month lease for the vacant Haggen building in Arlington, a 64,000 sq ft space which significantly
increases VOA’s capacity. As a result of the new space, VOA can receive and ship out an additional 500 pallets of food each week from Food Lifeline.

Coaches vs. Cancer Game at Arlington on Tuesday

Many of you may be familiar with the Sno-Isle ...
Monday, August 3

My Story About the Americans with Disabilities Act

Sherwood Community Services has done some amazing things in ...
Previous Next 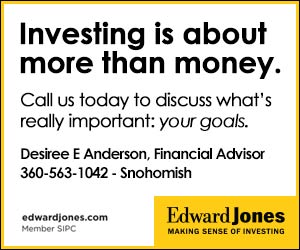