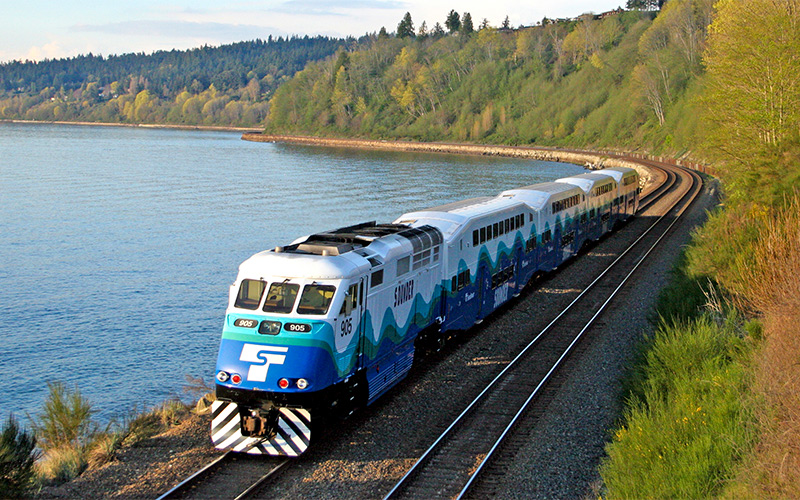 Washington State Senator Maria Cantwell, the Ranking Member on the Senate Committee on Commerce, Science, and Transportation announced a $3.7 million dollar grant for the Washington State Department of Transportation (WSDOT) on Tuesday, Sept. 22 dedicated to landslide mitigation in the Pacific Northwest rail corridor.

In a press release from the Senator’s D.C office, the details for the plan explained how the WSDOT will receive the $3,719,000 from the Federal Railroad Administration (FRA) to implement critical landslide mitigation measures along the Pacific Northwest rail corridor.

The funding from the FRA will be matched by state and private funding to be used for Phase III of WSDOT’s Pacific Northwest Rail Corridor Reliability – Landslide Mitigation Program, according to the release.

This affects the rail line from Everett, along the water thru Mukilteo to Edmonds and into Seattle.

Senator Cantwell wrote a letter of support for the grant back in August to the U.S. Department of Transportation Secretary, Elaine Chao. “A total of more than 740,000 passengers (including Amtrak Cascades, Sounder and Amtrak Empire Builder passengers) travel through this area every year,” said Cantwell in the letter.  “Each landslide that reaches the tracks causes a 48-hour moratorium for passenger trains, severely disrupting rail service and leaving passengers to find other transportation options.”

Cantwell expressed how important the grant would be to the area by stressing how important improving slope stability along the coastal bluffs in a busy rail corridor that serves Amtrak Cascades passenger rails trains, Sounder commuter trains, and freight trains.

During Phases I and II of the WSDOT’s Pacific Northwest Rail Corridor Reliability – Landslide Mitigation Program, the WSDOT was able to use previous grant funding through the DOT’s American Recovery and Reinvestment Act (ARRA) to reduce the risk of landslides in 12 landslide prone sites between Seattle and Everett, according to Cantwell.

Phase I was completed in 2016 after using $17 million in federal ARRA funds. Improvements consisted of catchment walls to stop debris from reaching tracks, slope stabilization and drainage improvements as well as slid warning fences.

Phase II is an ongoing situation that has invested more than $10.9 million of federal, state, and private sector funding for landslide mitigation.

“Since completion of these improvement projects, no landslides have reached railroad tracks in the upgraded areas,” said Cantwell.

The release explained how the federal funding comes from the Federal Railroad Administration’s Consolidated Rail Infrastructure and Safety Improvements (CRISI) program, which provides funding for capital projects that will improve passenger and freight rail transportation systems in terms of safety, efficiency, or reliability.

To read the full press release you can go to Senator Cantwell’s Website.