A Soldier and Singer: A Brother and Sister’s Acts of Service During WW2

Schendel said, “My first USO gig was at age 17 at the world’s longest bar called ‘The Brass Rail’ in Chicago.”

It has been almost 80 years since the start of the war that changed history.

But through pain and fighting patriotism always stood firm- and it served as the backdrop to World War 2.

The war has left a mark on the Western countries of the world therefore we honor our soldiers each Memorial Day, which takes place on the last Monday every
May.

But something many of us tend to forget is that the service rendered by so many men and women didn’t just involve those in uniform.

An example of this is a brother and sister who lived separated lives during the war, but also fought for the same freedom in totally different ways.

Joan Schendel, 94, (also known as Joannie Jackson Schendel) and her brother Dan Gust, 98, were born in Chicago, Illinois in the 1920s.

Their father was in the army during World War 1 and World War 2. While they grew up the family went through some terrible times. In the early 1930s Joan
and Dan’s mother died.

Schendel said, “This left my father devastated and it led to my family separating.”

The family ended up with extended family all around the world, which made it hard to see one another, even amongst the siblings.

Gust volunteered and was in ROTC before World War 2. Gust was stationed in and around Paris and Spokane, but never got to meet his sister during the 1930s
and 1940s.

Schendel describes her brother as a calm and determined soldier.

His service consisted of dodging bombs, taking over German tanks and liberating Jews from entering Auschwitz.

Schendel said, “Dan doesn’t like to talk about his duty much, but he served wholeheartedly and won the highest honor in France for helping save their country
from the Nazi regime.”

Gust still lives today as a soldier of honor that saved his country and its allies from a total take over by Hitler.

Schendel said through the whole war we never heard of Dan getting hurt, but he became ill and didn’t get to partake in overthrowing the Nazi’s in the D-Day
invasion.

Gust fought for the United States through the military far away from his sister, but Schendel also served–just a bit differently. 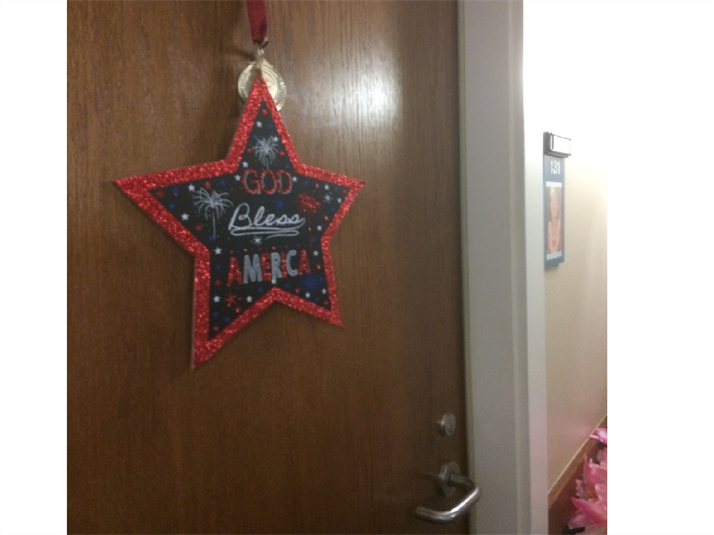 Schendel today lives in a retirement community in Silver Lake, Washington and Gust lives in Alabama.

She loves what her brother did in WW2 and shows it on her door.

Schendel went off to school as Gust continued to volunteer for the military. That’s when she discovered she could sing.

She tried out for musicals at the local theater and got an agent.

As her career took off, World War 2 began and she began to take steps to do more shows in Chicago.

Schendel was asked to do an audition randomly by her agent.

That day changed her life forever.

Schendel said, “I had no idea that I was auditioning to be a USO (United Service Organization) camp entertainer.”

She sat in front of George and Ira Gershwin, Rodgers and Hammerstein and Bob Hope.

Schendel said, “That day I was the third person to say yes to the USO, and thus started my war efforts overseas.”

She sang and danced through the whole war singing everything from “I’ll be Seeing You” to “Embraceable You.”

The days were filled with all sorts of traveling and shows that made the soldiers feel at home while they were away.

The backdrop of war was different for women than men, but yet it united everyone under the same symbol- patriotism and victory.

Schendel said, “My USO gals never worried about the gender things, heck, we performed in front of an audience that consisted of 3,000 nice looking men.”

She wanted to give the men a sense of joy in the middle of tragedy.

The USO went everywhere; from Paris to the South Pacific.

Schendel said that her favorite place to entertain was in the South Pacific because of the conditions the soldiers faced.

Schendel said, “The heat was unbearable, the stench was awful, but we performed and made them soldiers laugh.”

As the war was brewing the USO entertainers ended up in Paris and that is where Schendel’s future of being a professional entertainer took flight.

One day, after the USO came to Europe, after dancing to some big band music Schendel’s feet blistered and was taken to a Red Cross shelter for aid.

Schendel described the place as boring and yet exciting because she met someone famous for the era, Betty Hutton.

Betty Hutton played in many Hollywood films and Broadway shows. She became good friends with Schendel and pleaded that when the war was over her and Schendel
should meet up.

Through all of the war-struck areas of the world Schendel met her match in France. She took up the offer.

A few years later the war finished and the USO was sent back home.

Schendel said the trip on the USAT Alexander ship was terrible, but as soon as she made it to New York again she was so enthused.

Schendel said, “It was New Year’s Day and the city was dressed in streamers and full of life, we were taken into limos and thrown into parties all night
long after all we just won the war in Europe.”

After that night Schendel settled down in New York and performed in Oklahoma, South Pacific, and Guys and Dolls on Broadway. 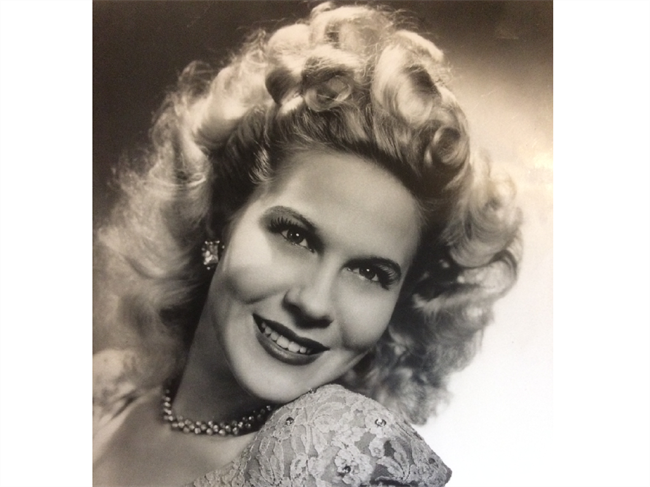 Joannie Jackson Schendel was in choruses for many musicals on New York’s Broadway scene.

At age 94 she sings to her friends all over the Puget Sound with her club, The Edmond Sound Singers.

Then, one day, something came along that she couldn’t resist.

Betty Hutton sent a telegram to Schendel pleading to visit and meet this lush she had for her.

Schendel finished her Broadway shows and left for Hollywood where she became the understudy to a film star.

Schendel married the lush, whose name was Al Schendel, in 1954 and moved between Seattle and Palm Springs, California.

Today, Schendel recalls all of the memories with fondness, remembering back
to when her and her brother served their country– in separate ways of course, yet with the same mission.

Throughout the early 2000s Schendel and Gust finally met and shared their accounts about serving together, but while apart.

Today, Gust is the most decorated military officer on the East Coast.

Through all the negatives of war Schendel said, “We did what we had to, Dan put himself in line of fire and won, and I sang from my heart and gave my heart
to those who listened and needed it most.”

Kristin Christensen – A Profile of Courage, Love, Commitment and Service