An Unlikely Tale of Rescue on National Doggy Day

While circling Silver Lake on an overcast Sunday, annually known as National Doggy Day, this intrepid reporter and accompanying best friend came across
an unusual scene near the frisbee golf course at Thorton A. Sullivan Park.

Defying all laws of self-preservation, a small, brightly colored bird with a shock of yellow at its crown was braving the cool air coming off of Silver
Lake by sitting in the open sand between two large logs that acted as a funnel, pointing the breeze directly towards him. This is not a bird with inherent
cold-weather survival skills, I felt.

After a double-take, I look over at my friend, Martha. She’s following my gaze; the wind has ruffled his feathers so severely that the fine down beneath
them has caught the breeze, a brilliant pennant of despair against the backdrop of gray Northwest sand. It could have doubled as a flag of surrender
to a passing neighborhood cat or hawk, and our hearts are lost to the little guy. As fragile as a flower on a drooping stem, his small head lies on
his back, nearly beneath his wing while one inky black eye peers back. 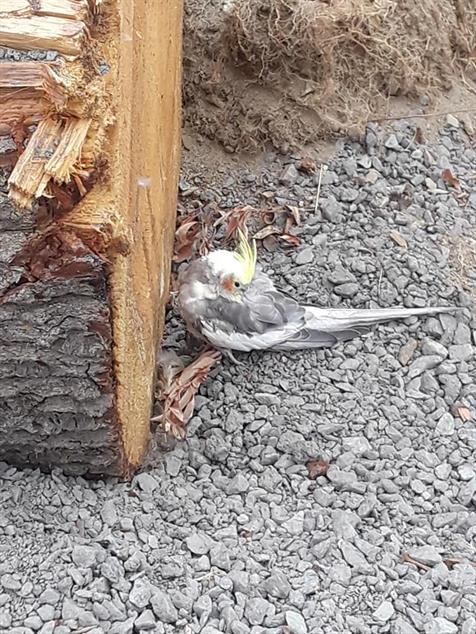 Martha is no slouch, and is quick to point out that it’s a cockatiel, and they are clearly not built for chilly Northwest mornings. My experience with
birds includes eating them and Martha rescues only dogs. Exotic bird capture obviously doesn’t fall within either of our wheelhouses.

“Sure,” says I, apparently still feeling intrepid. How hard can it be? “Do I just grab it?”

I ease myself down on the log nearest to the shivering bundle, aware of the German Shepherd several yards away, off leash, and the hungry looking crows
in the trees. A young boy of seven or so and his father have stopped behind us, offering suggestions and feedback. All in all, the scene is bucolic,
rife for rescue, and I’m sure that as soon as I can reach him (I assumed this is a male, since his plumage is so bright. I have no idea, to be honest)
he will feel the welcoming heat from my hands, everything will be alright. He’ll melt, be grateful for the rescue, and we’ll get him somewhere People
Who Know Stuff About Birds will take over.

Relying on faint childhood memories of collecting eggs for my-dormant-bird-grabbing-expertise, I reach down with one hand, intending to grab him swiftly,
like a broody hen. Maybe I know something about birds after all, I congratulate myself (prematurely).

To my surprise, the cockatiel gains his footing and takes several steps backwards before holding his ground with a show of aviary menace. My surprise turns
to outright horror as he rears back and opens his beak, like a cobra contemplating a strike, and it hisses at me. He freezes that way, keeping
me and my pithy bird-handling skills at bay.

“His cheeks have perfect orange circles,” says the young boy, apparently cheered by the thought of a little bit of gore on a Sunday morning. “Like somebody
colored them on with coloring markers. Like orange spots!” I retract my hand, while Spot the Impaler closes his death-maw with what I can only describe
as a look of superiority and waddles regally away.

After several more minutes to trying to gain his trust, creeping closer, offering straw, trying to sneakily get one finger under his claws to act as perch
yields nothing more but a few perilous encounters with that little beak, Martha sets off down to beach to the last picnickers we passed to grab a box
or towel. I manage to coax the bird into the lee of a large log, out of the wind, and am happy to see he stops shivering. 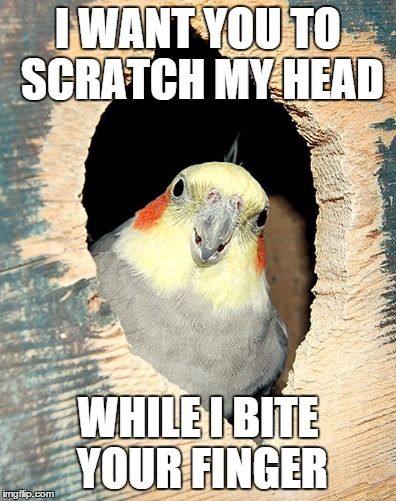 Martha returns, touting a small box, as do the father and son. I prepare for combat and reach for the box. It’s not quite as dramatic as a Trojan soldier
donning one of those tall broom/war helmets, but it feels that way.

Fast forward 15 minutes, and I discover that while maybe not all cockatiels can fly, this one certainly can. I’ve circled, I’ve cajoled, but the final
straw was trying to toss Martha’s vest over the little guy, who flew out of the arm and surprised me by alighting about thirteen feet in the air in
a tree.

“I feel like a Kentucky-Fried idiot,” I joke to the father, doing my best 1979 Rocky II impression. All I receive in response is a puzzled look,
so I’m forced to assume he has terrible taste in movies, and that he now believes I have a very, very deep voice and a Philly accent.

I’m sweating from doing the equivalent of fifteen minutes of squats in the sand, and indeed feel like a Kentucky-Fried idiot. The young boy, as fearless
around strangers as the bird is equally leery towards I, his intrepid rescuer, volunteers to shake the tree.

“I just couldn’t sleep tonight, knowing that we saw him out here alone, and didn’t do our best to help him,” he says, and his chocolate eyes are without
guile. The sweat I’ve worked up, the sand in my shoes and my chilly hands suddenly seem worth it, despite the general lack of gratitude from Spot-The-Bitey,
who is staring at me balefully from the tree. Martha and I share a glance, and agree to try to get food to lure him down. Armed with nuts for the bird
and string cheese for Martha, we return, and Martha offers her vest again. She stands ready with the box, amazingly faithful in my cockatiel-capturing
skills.

Spot is in the sand again, exhausted. I offer him food and sit with Martha’s vest, keeping still. Feeling silly, and frankly, a little more winded than
I should have been, I wait for his eyes to close before tossing the vest and pinning the corners. Spot is carefully wrangled into the box. Now what? 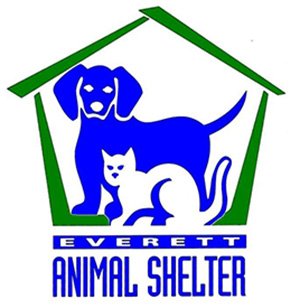 PAWS directed us to the Everett Animal shelter, and I leave Spot for some well-deserved and warm quiet time in my car while I go inside. I explain to the
nice lady at the counter that I “rescued” a bird and now have no idea what to do with it. He lacks a band, and they seem a little surprised he was
able to fly as well.

All in all, I’m in and out in five minutes, with just one piece of paperwork to fill out. I warn that he’s “bitey” but is probably just afraid and worn
out. I’ve seen dogs and cats in similar situations lash out, and now that he’s in capable hands, I feel like he’s less likely to be stressed after
he settles in.

The Everett Animal Shelter is at 333 Smith Island Rd, Everett 98201. They’re open seven days a week, except holidays, and offer a wide range of services
and adoption options. Check them out, and adopt before you shop!

Here s/he is, with his new moniker. If you know his/her owner, please reach out to the shelter.

The Perfect Mother’s Day Gift is You