Angel of the Winds Arena newly announced in Everett

The Everett arena will now be named “Angel of the Winds Arena” with naming rights for at least the next ten years. Travis O’Neil, Angel of the Winds General
Manager, spoke to the gathering today with excitement, letting the press know that they’re excited to make a footprint here in the area and to be the
sports and entertainment capital.

“We may not be the biggest, but we aim to be the best,” O’Neil said. 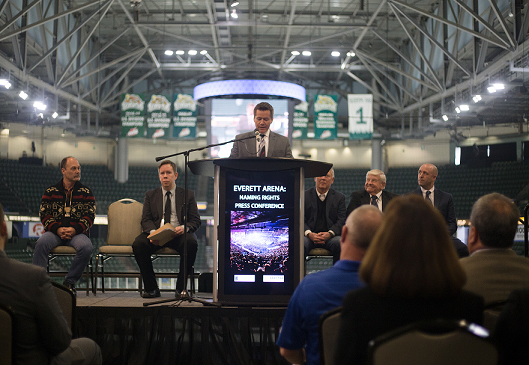 The contract for naming rights is for at least 3 million dollars for the next ten years.

New signage outside the arena and new marketing material will take place in the next few weeks. More details to come. 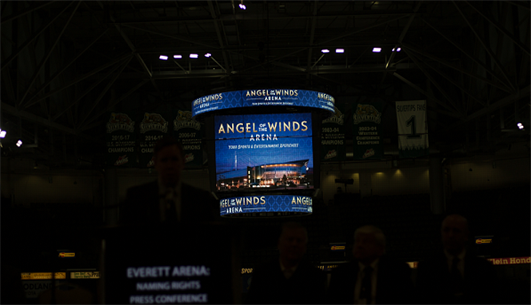