A beautiful venue under a tent and hanging lights made for a warm and exciting ceremony where details were highlighted about the new facility,the historical
significance of the building site, the ancestors who came before to make things possible, construction details and timeline and the expected economic
impact on our local community. 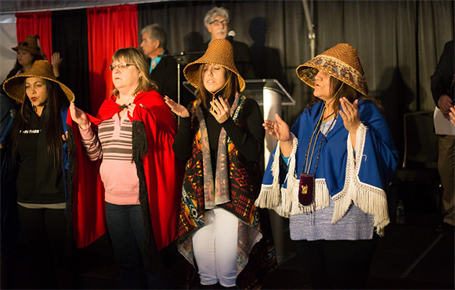 The vibrant celebration of culture was a great backdrop to the video rendering of the design plans and the exciting layout for all that’s to come.

According to building plans, the new Quil Ceda Creek Casino Hotel will sit on sixteen acres of acestral Tulalip Tribal land and showcase as many as 1,500
slot machines and a hotel with 150 guest rooms. The new facility will also include an Entertainment Lounge with full service bar, expanded banquet
capacity and a state-of the art smoke evacuation system that is sure to make this a unique and much more comfortable casino experience. The hotel will
also feature a VIP/business lounge, coffee bar, pool, spa and exercise room, and lots of room for future expansion. 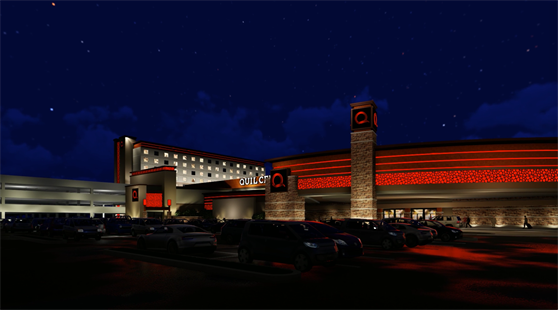 The Northwest is already rich with culture, vibrant with energy, and alive with those who carry the passion and dreams of those who have come before. This
project, according to those who broke ground Tuesday, is a project that will benefit the community for years to come.

The “due date” for the new Quil Ceda Creek Casino Hotel is set for some time in the spring of 2019, though no official date has been announced.

For now, the fun is just beginning.

Shovels are starting to crack at the frozen ground, prayers are being lifted for guidance, and a community of tight-knit tribal members and dedicated workers
are setting to work on an exciting vision that will soon be an entertainment destination for the Pacific Northwest. 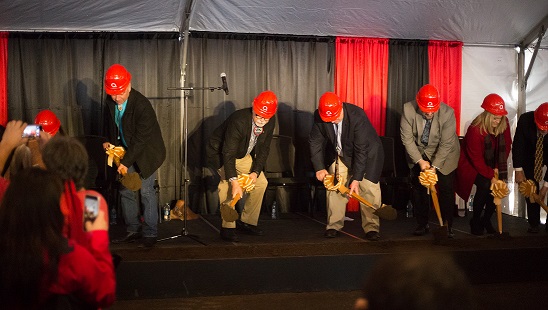