You have to love this picture. The point was to shoot out the balloons while on horseback.  Apparently Charlye was exceptionally good at it.  She jokes the balloons were her “ex boyfriends”. 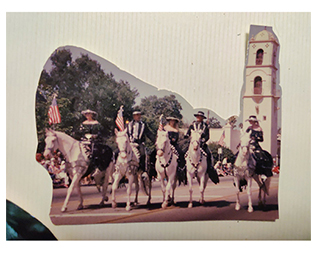 While trying to break into radio, Charlye was a photojournalist on the rodeo circuit.  We can only guess this is where she learned this crazy skill and love of horses.  And of course, she rode in the Rose Parade!

Charlye fell hard for the new radio format (aka Rock n’ Roll), started by Boss Radio. The on-air talents were all male and referred to as “Boss Jocks” 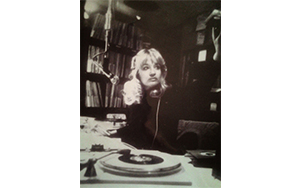 A pioneer in every way, Charlye Parker was also the first female radio host in Washington State. Born in Columbus, Ohio, the family would soon move to Omaha, Nebraska, and then to Albuquerque, New Mexico, where she would get her first big chance.

She took a job as a secretary at a radio station just to get a foot in the door.  After constant begging, she got the chance to be on-air – (midnight to 6:00 am), when few people were listening.  Finally, wanting to move up, she would score the 7:00 pm – midnight slot.  She was obviously outstanding, and the listeners wanted more. 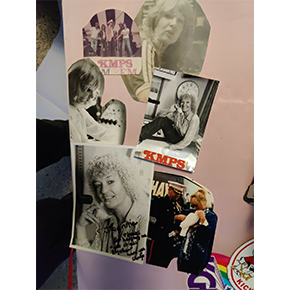 Still not satisfied, and wanting to be in a bigger market, she would use her vacation to drive up to the greater Seattle area. She wanted to get her air-check into

the hands of a station she had dreamed of.  Lost on Harbor Island in a parking lot, instead she was sitting in front of KMPS.  She got up her nerve, walked in, met with programming, and would take that job opportunity later that night.

She fell in love with the area and spent the rest of her career trying to get back.  The Pacific Northwest felt like home.  She would leave Seattle for a brief stint in Montana, of all places, and then finally, get the huge market chance in Los Angeles.  She would become one of the first female morning show radio hosts in a major market in the country and remain there for over 20 years.

A little burned out, she came back finally to her favorite place.  After a brief sabbatical and needed respite, Charlye realized how much she missed “real community-based radio”.  We on the Everett Post Team, welcome her and her voice back affectionally and with open arms as we know you do too.  Charlye is home.

Everyone thought Los Angeles and New York were the biggest, and best radio markets.  But Charlye will say, “boy were they all wrong, the best radio is and was always in the Pacific Northwest”. 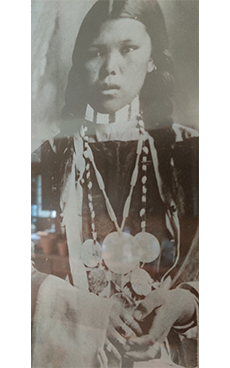 Her Grandmother was Chiricahua.  She carries her heritage into the person she is today.  There are “Indian Shields” everywhere in her home, along with her birds and cats.

Truly drawn to nature, Charlye enjoys the great outdoors and a river out back with a distant train whistle.  And of course, classic country music in the air.

Charlye cooks mean ribs, I can attest to this, and enjoys company while walking through the woods.

Charlye is remarkable person with a remarkable career, inspiring younger women to follow in her footsteps.

You can hear her wonderful voice on Classic Country KXA at 1520 AM or 101.1 FM, or anywhere by streaming through Everett Post.com and/or downloading the KXA app KXA Mobile App