Come join me July 19th-21st on an organic tree farm in Snohomish for a music festival featuring local artists!

(For the readers out there who have read my work, thank you. Here is a story that is locally relevant and will hopefully make you feel a bit more connected
with me.)

To me, and anyone else who has met Tosh Rosford, this tree farm has always been known as, “The Farm”. I used to live on this property with Tosh, the owner,
and his wife Jody. I lived and worked (actually still work) out there before there was running water or power in a 19 foot trailer with my grey tabby
named Kitty. 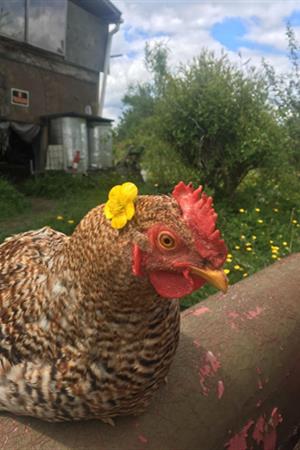 Some of the best memories of my life, as of yet, have been made on that farm. The many times we would cut the day early in the summer and float the river.
The time I stayed up until 2 am (IN DECEMBER MIND YOU!) with Jody and Tosh making wreaths and garland while singing along to Ray Charles or Beastie
Boys cassette tapes. Or when we got a turkey as a pet and the darn thing kept escaping so we would have to chase this giant crazy bird all over town!

If you want a weekend of excitement and beauty surrounded by kind, caring people, I know the farm will provide. This place has a magical glow about it
and a sweet aroma this time of year. Everything is green and golden, the magnolias are in full bloom, and the fruit trees may even have a tasty snack
for you to pluck.

This is Cornstock’s 4th year and it has come a long way from the first Cornstock. Tosh described the first year as “50 people and only one band”. Though
it was small, it was thoroughly enjoyed by all.

Immediately after, a younger Tosh and his group of friends started planning the next Cornstock; “Everyone had such a good time [so] we thought, ‘We should
really do something about this next year’, so we had about eight people working on it. People working on a website. People working on marketing. People
working on getting vendors together and stuff like that. We got a wine company to donate a bunch of organic wine, like 50 bottles.” 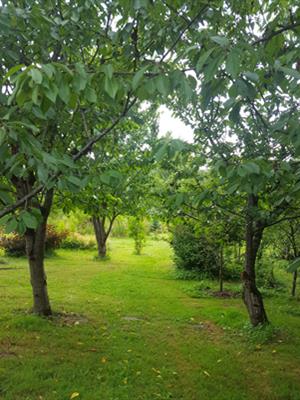 Just two weeks before the next Cornstock, Tosh went to give his father-in-law a wristband to come to the wonderful festival he and his friends had put
together, but his step-father threatened to close down the event and foreclose the property. At the time the property was not yet fully paid for. “I
was completely devastated. I had worked on it for a whole year, put my heart and soul into it, and was just devastated.”

Tosh took this threat seriously and canceled Cornstock 2005-2006. Once he got the property fully paid for he decided to take another chance at Cornstock.
This was when I lived on the farm, and we made this small one band concert into a festival!

We decided that solar power was nice, but probably couldn’t support a whole concert on our coin. My dad is an electrician so he helped us get some power
out there, we all helped build a stage, and my dad even wired the stage.

During the festival my dad ran sound, his band played, my little brother’s band played and I played a small set as well. This is why Tosh would call this
particular Cornstock, “Muldowney-stock”.

With power and porta potties Cornstock 2017 was unbeatable! Cornstock 2018 was just as successful but I was busy with school and could not attend. This
year it’s going to be positively sublime. Tosh said he expects somewhere between 200-300 people and, “A little bit of everything: good old fashioned
rock n’ roll, originals, banjo plucking…”

So, enough about me and the amazing farm, let me tell you what you need to know so you can come out and experience it too!

What kind of music?

This year we have at least 15 different artists coming out, all differing genres and styles of music, so there will be something for everyone.

How much does is cost?

This is a three-day festival, July 19th-21st. We will open the gate at noon on Friday but music doesn’t start until 2p.m. and goes until 10 pm every day
followed by an acoustic jam session.

The farm is located in Snohomish:

Where do I park?

At the gate, there will be Cornstock volunteers (more than likely Jody, her adorably, sweet parents, and me in shifts) who will be directing you to the
neighbors tree farm to park.

Of course! We ask that you unload quickly and then go park as not to crowd the narrow, gravel driveway. Obviously this task is easier if you have someone
to help so bring your friends!

Can I bring food?

Absolutely! There will be a food truck there on Friday and Saturday, but if you just enjoy cooking over a bonfire (like me) we plan to
keep a little contained fire going throughout the weekend for campers.

This event is so innovative and unique, that it is certainly a once in a lifetime opportunity. This small-town, one band show called ‘Cornstock’ became
a flourishing festival before my very eyes. Who knows if Cornstock will ever be this intimate again if popularity continues to grow.

“People, when they bathe in nature, it’s really an experience that sets you free… Everyday life for people is stressful and fast-paced, and when you
can be in nature and just relax, it really feels good, you know? At least that’s what I think.” Tosh knows what he is talking about when it comes to
these things, and boy does he know how to party.

So come and enjoy the festival. Come get to know the owners, Jody and Tosh. Meet their adorable little dog named Caleb. Come smell the magnolias and camp
in the curly willows. Come listen to the local talent and maybe even join in on the open jam!

Don’t forget to come say hello to me too. I will be camping and volunteering all weekend with my neighbor and boyfriend. I hope to see you all there! Consider
this your formal invitation.

The Local Perspective On The Middle East and Refugees