Whip out the eggnog and turn up that Christmas music, Downtown Everett is launching a new holiday lighting program. In addition to the annual Christmas tree, Downtown Everett will now be decorated with eight six-foot diameter lighted snowflakes and four pole-mounted wreaths on the quadrangle pergola at Hewitt and Colby Aves.

The Downtown Everett Association has collaborated with Downtown Everett Partners to launch the program. According to their release, the City of Everett Public Works Department has offered to install the ornaments at the same time they install the Christmas tree. The decorations and tree are penciled down to be installed Nov. 21 but that date could change.

The five-phase program is set to bring out more holiday cheer. Phase I is focused on lighting the large quadrangle pergola at the corner of Hewitt and Colby.

According to the release, Phase II will extend the large ornaments from the quadrangle onto three blocks of Colby Avenue. There are ten existing gooseneck streetlights between Everett Ave. and Wall St. which were specifically designed to hold such ornaments. A third snowflake style will be added, and the three would alternate down the street.

Phase III would consist of hanging 36-inch pre-lit wreaths on the newer vintage-style street lamps. A large majority of these lamps were installed as part of the Rucker Renewal project, however there are four powered ones on Wetmore located between the plaza and Funko.

The release shared that the $8,000 seed money for the program came from personal donations from the Downtown Association’s own board members. “Additional contributions from the community will help fund Phases II and III of the Holiday Lighting Program for the next year, as well as our other programs such as the Downtown Flower Program,” said the release.

These additions to downtown are part of the newly created 501(c)(3) organization to help support the Main Street program and the revitalization of Downtown Everett. For more information on the Downtown Everett Association go to downtowneverttwa.org 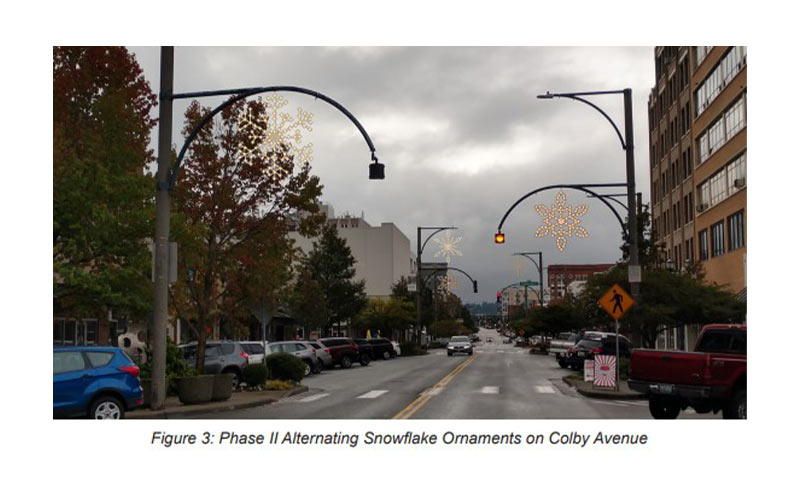 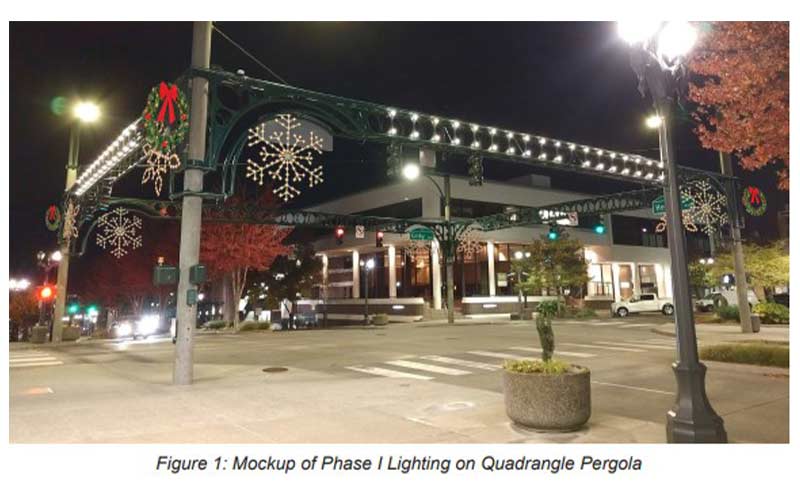 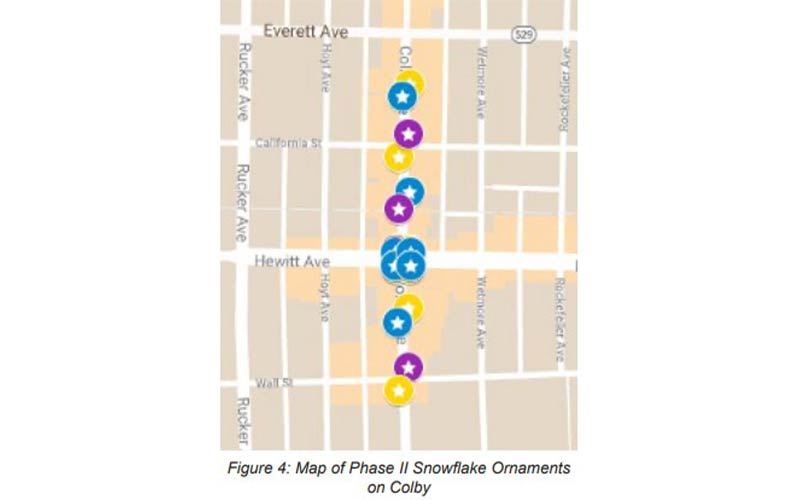 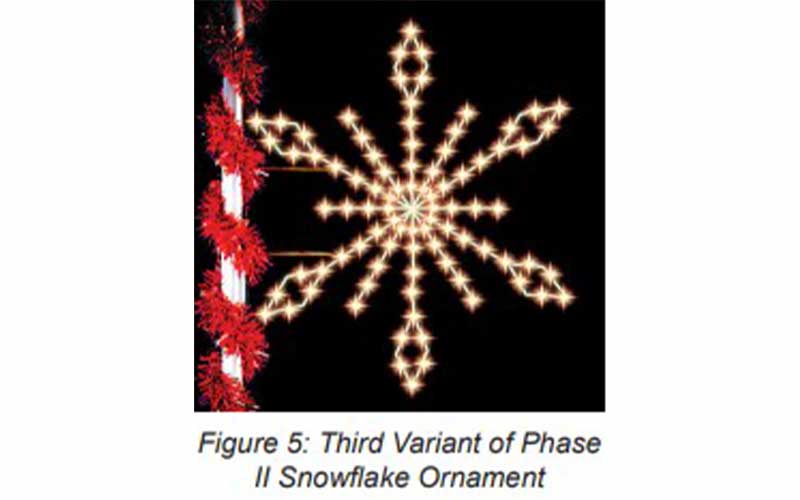 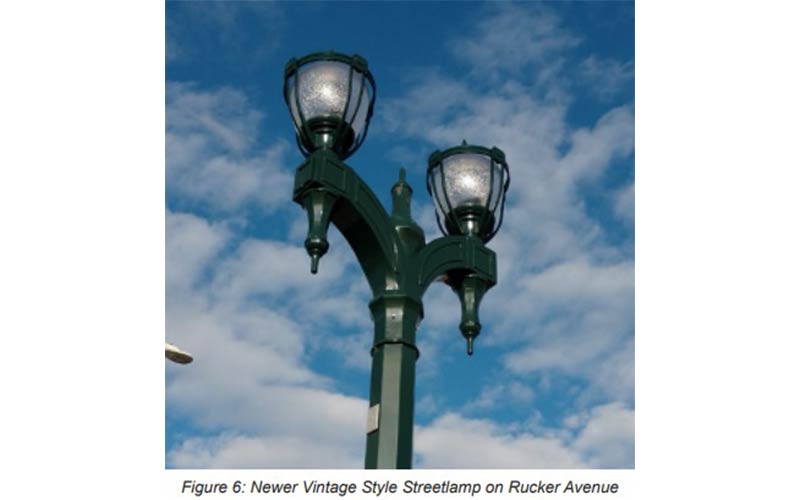 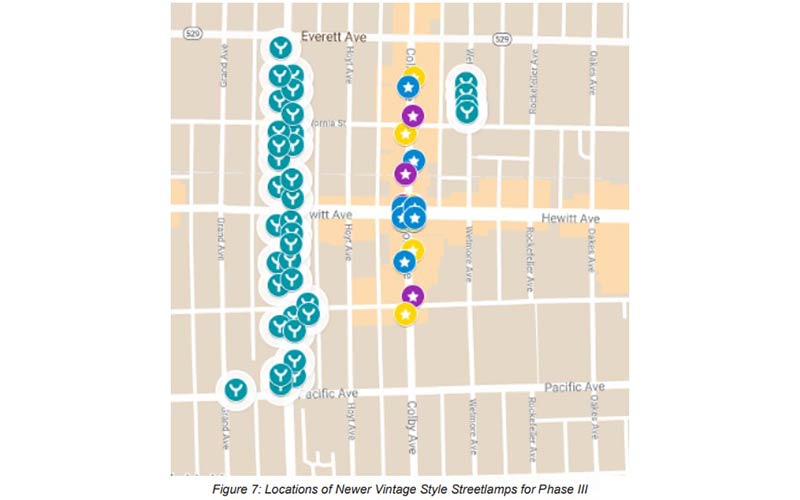 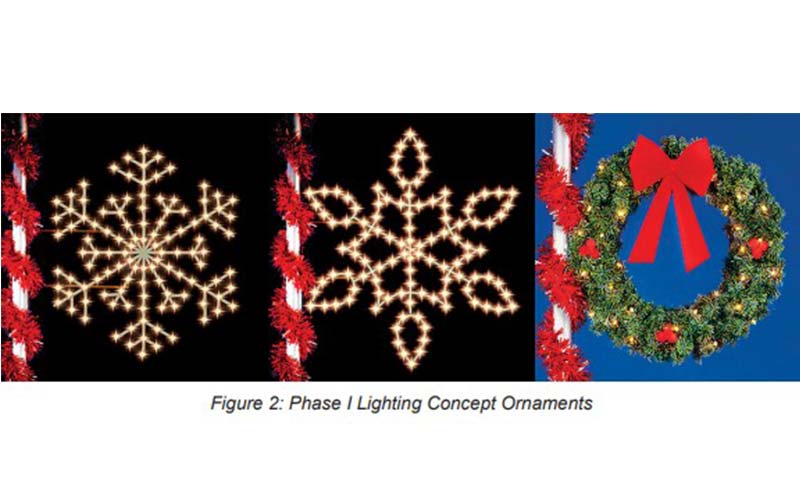