From the 14th floor of our high rise on Colby AVE we saw an explosion outside our windows at the top of a power line that a worker was working on on an
industrial lift. The line worker dropped from where he was working. We went down to investigate and saw a few power lines had snapped and power is
totally out on Colby AVE between Pacific and Everett AVE and west of Colby to Rucker. Several fire engines, ambulances,and PUD vehicles are at the
scene. Traffic lights are out, proceed down Colby AVE with caution.

[UPDATE: As of approx. 3:00 pm power had been restored to the downtown core by Snohomish County PUD work crews. Indications are that a man and small boy
were in the bucket truck when it touched the power lines; they were taken to the hospital by Everett Fire Department Medics; their condition is not
known.] 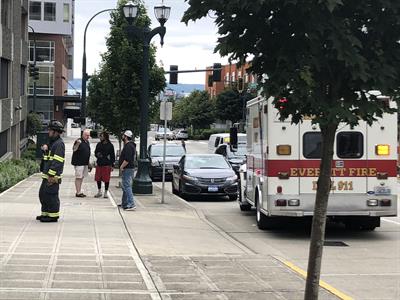 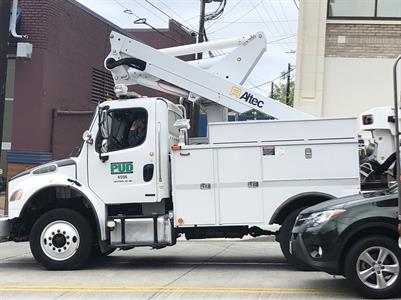 Power Lines – Above Ground or Underground?