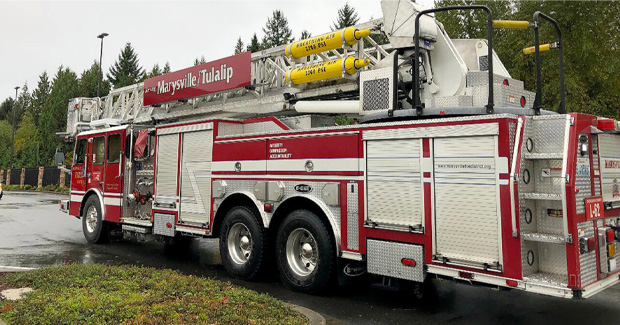 TULALIP – Just after 5 am this morning, an automatic fire alarm was set off inside Cabela’s just south of the Tulalip Resort and Casino.  The fire was contained to a storage area within the establishment although an excess of half a million dollars in damages is expected to increase as Cabela’s is able to further assess its damages.

The Marysville fire department was one of many engines to respond to the scene. Firefighters reported a large amount of smoke pouring out of the building when they arrived. The cause of the fire remains unknown however it is being investigated by the Snohomish County Fire Marshalls office. The store is closed for today and as of now, there is no timetable as to when they will reopen. The building sustained heavy smoke damage.

No one was hurt.