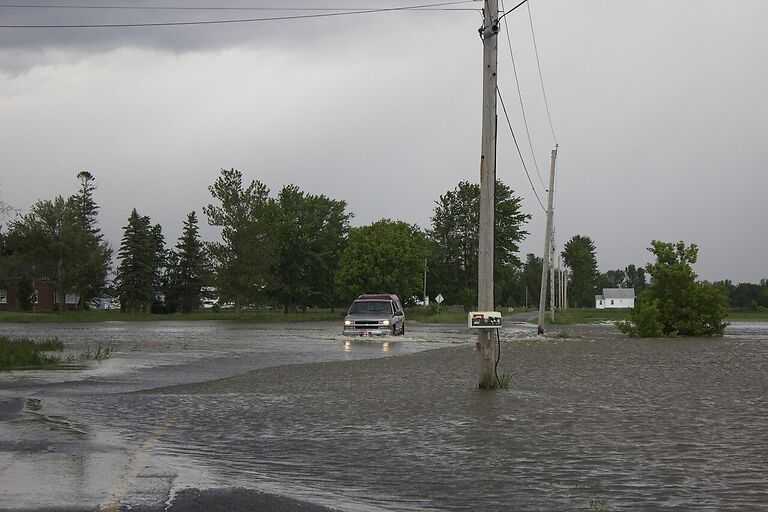 November is here and it is historically our wettest month of the year. November is also our most flood prone month, kicking off our flood season that runs through March and mirrors our rainy season.

The bulk of the North Sound’s major widespread floods are the result of The Pineapple Express, a term coined by a National Weather Service Seattle forecaster back in the 1980s when he saw at a moisture stream on Eastern Pacific weather satellite imagery that started near the Hawaiian Islands and extended into the Pacific Northwest. Here is a classic satellite image example from the early November 2006 floods.  (insert photo here)

The proper term for The Pineapple Express is an Atmospheric River, a surge of subtropical moisture transported north into the mid latitudes where the North Sound is. An Atmospheric River usually has an abundant amount of warm moist air and can produce a lot of precipitation. This feature is actually quite common around the globe and helps produce the bulk of mid-latitude annual rainfall. Use of water vapor satellite imagery really shows these atmospheric rivers in action around the globe.

Some of the wettest atmospheric rivers over the years have produced as much as 40 inches of rain in just a few days in Western Washington mountains. These heavy rainfall amounts often result in significant and widespread flooding of our rivers and streams. If soils are already saturated, this heavy rainfall can also lead to landslides.

The warm air flow also means freezing levels rise – well above 6000 feet. The rain falling into a mountain snowpack is usually absorbed like a sponge. Only up to 15 percent of mountain snow melts into river runoff. Heavy rainfall is by far the biggest contributor to our flooding rivers.

So when you learn that an atmospheric river – aka – pineapple express – is developing, a lot of rain and the likelihood of river flooding and possible landslides lie ahead, your opportunity to get better prepared in advance.

Some of these big rain events often reach what is called a 100-year flood. The term 100-year flood often gets misinterpreted. As an example, if you just survived a 100 year flood event, you are good to go for another 99 years, right?  Sorry.

The term actually means there is a one percent chance of flooding each year. As an analogy, imagine a six sided die. What are the odds of rolling a two?  One in six, right?  Now you roll it again. What are the odds of getting a two again?  The same – one in six.  (insert single die image)

As always during flood season, we need to remain vigilant and prepared in case we get an extended heavy rain event resulting in significant flooding. Each season, there is a one percent chance of a 100-year flood on our rivers.

River forecasts provide what the expected river levels will be over time. During extended heavy rain events such as from a Pineapple Express, these river levels often exceed what is called flood stage. Flood stage is when the volume of water in the river rises and starts to have an impact on low lying infrastructure like roads.

Flood stage is considered the minor flood warning category. The next level with higher flood waters is the moderate flood category. This category involves some inundation of structures and roads further away from the river itself, and can result in the evacuation of some people and property.

AHPS offers a suite of river and precipitation information including river forecasts from hydrographs. You can zoom in to your area or river of interest and click on a river forecast ‘dot’. That click will show a hydrograph for that location on the river. Here is an example for the Stillaguamish at Arlington. (insert hydrograph here)

This hydrograph shows where the river level has been over the past three days with the blue line on the left side of the chart. On the right, it shows the river level forecast for the next 5 days. The hydrograph also shows the minor and moderate flood levels for this location. If waters rise higher, it will also display the major and record flood categories.

As we move through our rainy season and the potential of flooding on our North Sound rivers, you now have more information at your fingertips to monitor any flood situation and take action if needed. Stay safe and when you encounter water covered roadways, turn around – don’t drown.