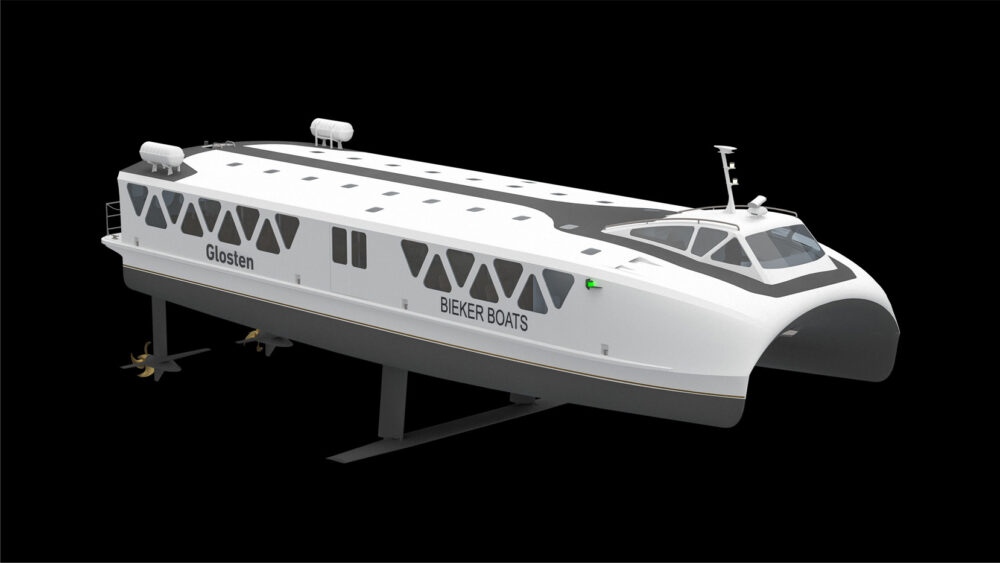 BREMERTON, WA – Kitsap Transit announced on Twitter Tuesday that their Bremerton-Seattle ferry route has been selected as the design route for a fully electric fast ferry.

According to the release, a Washington State team working to accelerate ferry technology through a joint innovation project approach has been selected for funding that was announced this week by the U.S. Department of Transportation’s Federal Transit Administration (FTA).

Kitsap Transit will be one of 25 transits authorities nationwide that will receive a share of approximately $14 million in funding through the Accelerating Innovative Mobility initiative. This public-private partnership team is being spearheaded by Washington Maritime Blue, a non-profit organization that was formed to accelerate innovation and sustainability in support of the development of maritime business technology.

The FTA will also be providing $372,910 in funding as part of the Accelerating Innovative Mobility initiative. This project will advance the project led by Washington Maritime Blue, in which regional companies, public agencies, and nonprofits are developing state-of-the-art technology to support the PNW region as a center of maritime excellence.

The funding will complete the preliminary design for a high-speed passenger ferry powered by battery-electric, low-emission technology. The release specified that the state-of-the-art hydrofoil design will rely on lightweight carbon fiber construction and batteries to speed up travel between urban centers and suburban and rural communities and significantly reduce or eliminate fuel use compared to conventional fast ferries.

“Our three local Ports see this innovation as an opportunity to spur economic recovery in the boatbuilding world, a critically important industry in our region,” said Patsy Martin, Executive Director of the Port of Skagit. “There are strong maritime industry clusters in each of our districts that could benefit from the design and construction of these vessels in our communities, resulting in a direct economic impact.”

“This formal Joint Innovation Program supports multiple communities, our sensitive marine ecosystem, decarbonization efforts, job creation and an entire maritime and advanced manufacturing supply chain,” says Joshua Berger, Governor Jay Inslee’s Maritime Sector Lead, Founder and Board Chair of Washington Maritime Blue. Berger continued by explaining that this is the value of an organized innovation cluster that can bring partners together and leverage multiple funding and financing mechanisms to advance their shared vision. 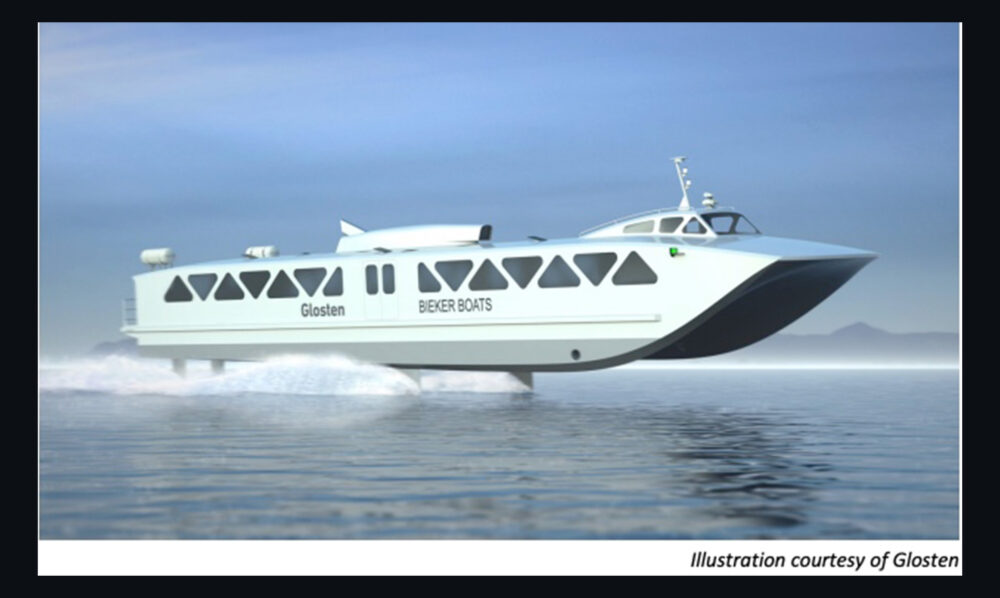 The release emphasized that this project will deliver the design for a zero-emission, high-speed passenger ferry for operation in the Puget Sound. It will also deliver a business model, which will include studies of route viability, shoreside infrastructure requirements, permitting and regulatory requirements, and economic and environmental impacts. The foil ferry will be designed by Bieker Boats and Glosten and include options for fully electric 3 propulsion or diesel-electric propulsion for an extended range. The diesel-electric option could be two to three times more fuel-efficient than conventional fast ferries and save 1,500 tons of carbon dioxide annually. The project also will explore required infrastructure, environmental benefits and impacts, regulatory and permitting needs, and possible routes and operators.

Kitsap Transit currently operates three hydrofoil-assisted fast ferries – Rich Passage 1, Reliance, and Lady Swift– that run on conventional diesel fuel. Each of the 118-passenger ferries utilizes a hydrofoil that helps raise much of the vessel’s hull above the waterline, enabling high-speed, low-wake performance on the Bremerton-Seattle route.

As a result, the designers of the new battery-electric hydrofoil fast ferry can compare the performance of the prototype vessel to Kitsap Transit’s fast ferries.

With maritime advances like the one seen in Kitsap County, it’s only a matter of time before commuters in Snohomish County will be able to enjoy eco-friendly speed ferry amenities.