A flagpole surrounded by acres of boats is the landmark for a local marina.

The towering flag pole on the west side of I-5 on Smith Island, just north of Everett points out a place to relax and float in the waters of the Puget
Sound.

It’s the destination to one of the largest morrage marinas in Washington State. The tower has been a complimentary asset to the Dagmar’s Marina image.
Verizon owns the tower, but Dagmar’s looks after the flag.

The marina was owned by Jim Christianson, a Snohomish County native. Christianson named his marina Dagmar’s because of his grandmother.

Kerny Manley, now manager of the Dagmar’s, said, “He wanted a local, special feel to the Smith Island boat launch.”

The marina has been through some rough patches since the beginning. Manley said the 1980s interest rate hike led to Christianson losing some of the
marina property, but five years later the bank sold the property to Johns Otto.

Manley describes Otto as the final dealmaker that got Dagmar’s up and going. By 1985 the marina was fully functional and trying to keep up with the
Port of Everett.

Since 1985 Dagmar’s has grown into a Smith Island landmark. Melody Anhalt, Dagmar’s receptionist, said Dagmar’s, for the last 13 years since she’s
worked there, has been busy and has many renter companies that allow for a community feel while boating there. 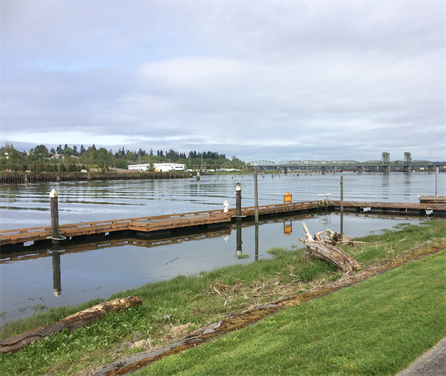 By this weekend, Anhalt predicts, will be full of boats to welcome in the new boating season.

The marina is the main owner of the marina landscape, but it is shared by three other businesses.

Anhalt said, “Dagmar’s is specifically for boaters mooring and launching into the Puget Sound and the Snohomish River.”

The other companies such as Performance Marinas, Boat Country and Signal Trailers help with sales and storage of community boats and or boating needs.

The marina is known as being a word-of-mouth marina.

Manley said boaters come here to have friendship and talk to each other to connect with others, not look online and skip the connect part.

The marina has boaters that come from all over the states and or have a home in places like Wyoming or Arizona for the winter and then come home for
the summer.

There is another reason Dagmar’s is a landmark- Boating Season.

Boating Season is a time for people to meet and greet at the marina.

Anhalt describes the scene as fun and exciting when new boaters come into town and launch out of their marina. 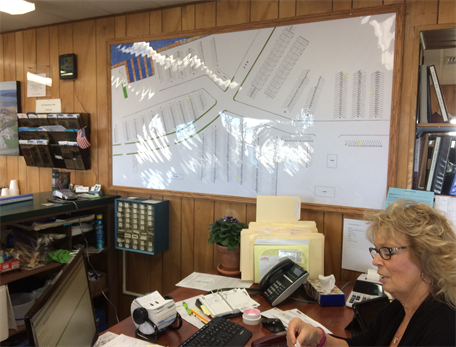 The marina consists of three areas:dry morrage ports, boat and trailer parking and storage and a boat launch and park.

Anhalt said “boating season, which starts Saturday May 6, 2017, is going to be a hit because it is also shrimp and cod fishing opening season as well.”

Manley said, “I am preparing for the worst and busiest weekend in years.”

Whether you drive on I-5 and admire the flagpole or look at the Snohomish River remember there is a local, community-based business on the water for
you to enjoy your boating festivities.

DEER AND ELK SEASON IS HERE – SURPLUS AND NEW TAGS

Slug Season and Other Garden Varmints Are Here