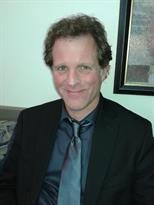 If you’ve been swept up in a cause, you’ll be able to pinpoint the exact moment that you were carried away
by it, in the same way you can retell the story of how you first clapped eyes on your spouse; it’s memorable because it came with the rare, intrinsic
gut feeling that the Universe hand-selected the pairing. For Mark Johnson that took place his junior year in High School when he volunteered to feed
the homeless in Seattle’s St. Martin de Porres Shelter. What began as a three-month long volunteer project has now spanned a couple decades and organizations,
including his current post of Resource Development Director at Habitat for Humanity’s (HfH) Snohomish County division.

Like all the best stories, his has an element of romance. He moved to Everett to be closer to his (now) wife, described as “a no brainer” and the move
to HfH SnoCo was a perfect confluence of coincidence and circumstance. And it’s a good fit; ask Mark where the impetus comes from to put his feet on
the floor each morning and head in to work, and you will get the kind of answer that you yourself would love to utter. “It’s because I love it.”

“Working for Habitat for Humanity is very tangible,” he says, referencing that it’s not about daily board meetings, and that the separation of self from
those directly benefitting from your efforts is not a wide divide, as it can be sometimes. You get to “meet families, meet volunteers. It goes beyond
families, and you’re actually seeing it”.

HfH does plenty of restoration/repair work to place families in homes, and new construction as well, the 25th of which is presently being erected
in SnoCo. Mark says that it’s not just the families that you meet and help, but the volunteers themselves, those who dedicate their time, “have stories
and backgrounds that are just as compelling as the families.” One can imagine that there’s a reciprocal tone to the dynamic; for many who have been
helped, paying that forward by volunteering in kind is something natural. Many volunteers found on site will likely have a story about how they came
to be standing, hammer in hand, on a hot August Saturday, toiling for a home that is not their own.

Another aspect of HfH you might not know about is that they routinely work in tandem with Washington Vocational Services, a nonprofit organization that
specializes “in services to persons who are deaf or hard of hearing and persons with disabilities who desire customized employment services.” Mark
said his most memorable connection came from a young lady who was placed under his charge from that organization; she also had a special set of circumstances.
She was young, she was smart, and “she also had cerebral palsy.” He goes on to sing her accolades, detailed her wit and drive, and that he was very,
very sad when she completed her 24 hour community assessment and moved on.

A week had passed, and a ‘thank you’ letter came for Mark in the mail, which is still taped firmly to the side of his monitor, acting as a reminder and
a compass for him, “an opportunity” in his words, to continuously circle back to the basics.

Kristin Christensen – A Profile of Courage, Love, Commitment and Service

While kids are excited, moisture from a Pacific weather... Read More.
Previous Next