JJ Harrison is many things–a former middle school teacher, an activist, an athlete, a WSU alum.

A rodeo clown, to be exact.

With a master’s degree under his belt and a contagious personality like none other, Harrison feels he’s at his best when his face is painted and his boots
are in the dirt.

“I guess it comes down to the fact that I’m too lazy to work and to scared to steal,” he joked during an interview with Classic Country KXA.

And then regaining seriousness he added, “My world is improv. It’s all about making sure everyone is giggling the whole way through.”

JJ Harrison, who worked as a middle school teacher for eight years, made a career shift when Washington stock contractor Pat Beard gave Harrison his first
opportunity in the arena.

He told him to be himself, act goofy, and to just have fun. It just took that one rodeo for Harrison to get addicted–and he completely decided to dive
in head first and make it his career.

“Being a rodeo clown means I fill in the lulls in between all the action. I get to have fun and play with the crowd. Something crazy always happens, but
it’s all about rolling with it. I’m a clown–so the best comedy is my failures sometimes.” 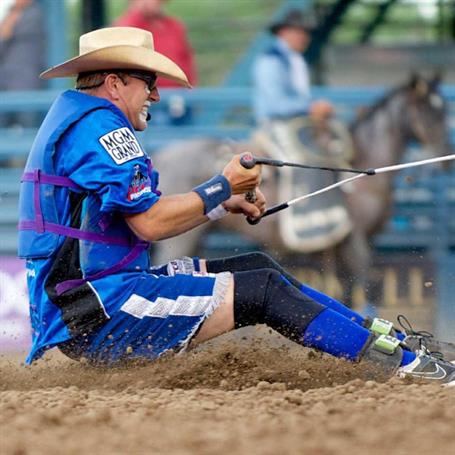 With the Ellensburg Annual Rodeo just around the corner (Labor day weekend 2017) Harrison looks forward to clowning around at his favorite place on earth.

“I’ll be at the Ellensburg Rodeo until I either die or retire,” he said. “It’s not the closest rodeo to my house, but it feels like my hometown rodeo.
No one sets the scene like they do–and no one embraces me as warmly as that audience and that committee does.”

With a background in teaching, it’s no surprise that Harrison has a heart for children.

When he’s not at the rodeo roping kids jokingly and interacting with the crowd, he’s leading assemblies at schools all over the country with his anti-bullying
campaign.

Just last year alone he spoke at over 25 schools–and he has plenty more on his radar.

“I make a living teasing people–but there’s a balance of power with teasing,” Harrison said.  “When it comes to bullying, there’s no balance. Only
one person holds the power. I’m here to teach kids the difference. Bullies don’t leave after school ends. They are in the workplace…in politics…everywhere.
We need to identify it and teach kids how to report it.”

His desire to campaign against bullying began when he saw the amount of bullying that took place within the school he taught at and he was troubled by
it. As a man who makes his living making people laugh, he uses that humor and that platform to teach kids about self-respect and peer-respect in a
way that’s memorable and fun.

“They have to take you serious in a funny profession,” Harrison said.

Harrison uses every moment he’s given to not only make people laugh–but to make people see the positive in life.

Just last Christmas in the Ellensburg paper a little boy named Dylan made a request for Christmas–he wanted to meet JJ the Clown.

With a little help from the amazing committee at the Ellensburg Rodeo, and a special request on Facebook from Harrison himself who set out to find little
Dylan, dreams began to come true. Dylan will be receiving a special ticket package for the upcoming rodeo, complete with the chance to meet Harrison
and have a good time with his family. 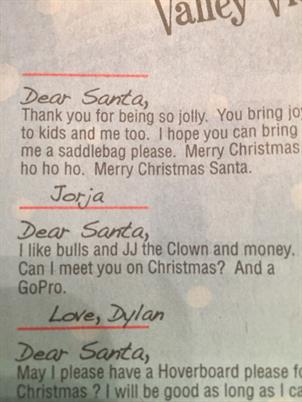 “The Ellensburg Rodeo is in the money making business, obviously,” said Harrison. “But more than that, it’s a team that really cares about giving people
a good experience. I’m proud to call these people my friends.”

Harrison compares himself to salt, laughing as he talks about how a little sprinkle of him throughout the rodeo adds flavor and makes everything better–but
too much would make everyone want to throw it away. There are 7 to 8 events at every rodeo, and his job is to be the little extra that makes everything
pop and flow and sparkle even more than what it would.

With boots in the dirt, a hat propped on his head, and a rope in hand–it’s apparent Harrison has lassoed the hearts of every crowd he stands in front
of.

And it looks like he’s roped that one perfectly. 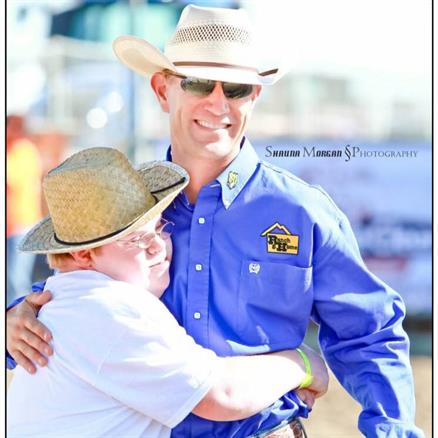 Ellensburg Rodeo announces their biggest event of the year!