Melissa Diaz is a sophomore at Cascade High School. She is 16, involved with her local church, a first generation Latina, and has two younger siblings
she helps care for. She also has what my grandfather’s generation would have called moxie.

Melissa is leaving her family, community, culture and all of the security those represent in order to travel to South Korea as part of the Rotary Youth
Exchange. The Rotary Youth Exchange (RYE) is a program that encourages students to “learn a new culture, and truly become global citizens.” Per the
Rotary website, students ages fifteen to nineteen are sponsored in Rotary clubs in more than one hundred countries.

The Everett Noon Rotary is sponsoring her, covering the cost for air fare, visa, insurance and personal expenses for the international endeavor.

Melissa will be staying with a small series of host families which she has never met, where she will be attending schools and classes taught in Korean.
She’s determined, even knowing that the Korean culture and language may be difficult to navigate.

To prepare for her trip, she is taking donated lessons in Korean, and winging the rest. Her only fears? “I’m afraid of personality conflicts. It would
be really hard if the host families didn’t like me.” After leaving the United States in August, she’ll be paired with three host families for three
months at a time, so it’s not as if she gets to land in South Korea.

“Melissa is a determined and decisive youth. She knows this is going to be tough, and that Korean is a challenging language to learn. She is motivated
by her interest in Korean culture, and she is looking forward to fully immersing herself in thisimportant Asian culture during her RYE year,” says
Dave Schlosser of the Everett Rotary.

Her plans for the future include “rejecting Harvard and staying local, like the University of Washington” as well as pursuing a judgeship as her ultimate
career goal, although the area of law she’s like to preside over is still up for grabs for now.

“RYE seeks to promote peace through understanding, one student at a time. The Rotary Club of Everett is proud to support Melissa’s quest to immerse herself
in South Korean culture for the 2018-2019 school year.” 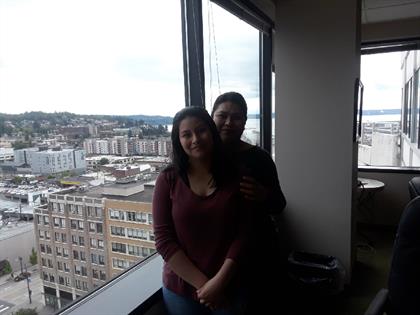