New Device for Marysville First Responders Will Help Save Lives

Within the Marysville Fire District, the chances of surviving a cardiac event will increase next month, when the MFD will receive two LUCAS Chest Compression
systems.

These new systems will allow first responders to perform CPR during situations where they may not have been able to previously, during difficult situations.
It’s planned use is for prolonged patient resuscitation efforts, road transportation, or as a patient is being loaded onto an ambulance, which
is normally when emergency personnel are forced to halt compressions. 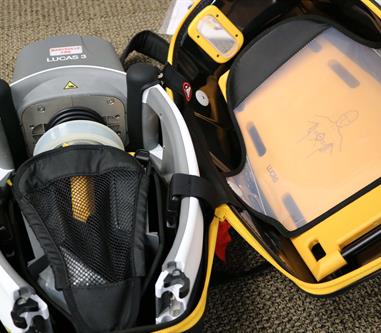 “Unlike human beings, this device doesn’t get tired and it can also be used during transport, which is a normally a safety risk for both the patient
and providers. At this point, the system doesn’t replace hands-on CPR, but it’s a tool to make our efforts more effective.”

Per the release: FEMA’s Assistance to Firefighters Grant covered the $21,000 cost of one LUCAS system and the district purchased a second device. Both
will be stored on the district’s two advanced life support ambulances. All firefighters will be trained to use the devices.

“We really believe this is a great investment for our community,” Matsumura said. “It’s a tool that will help us save lives.”