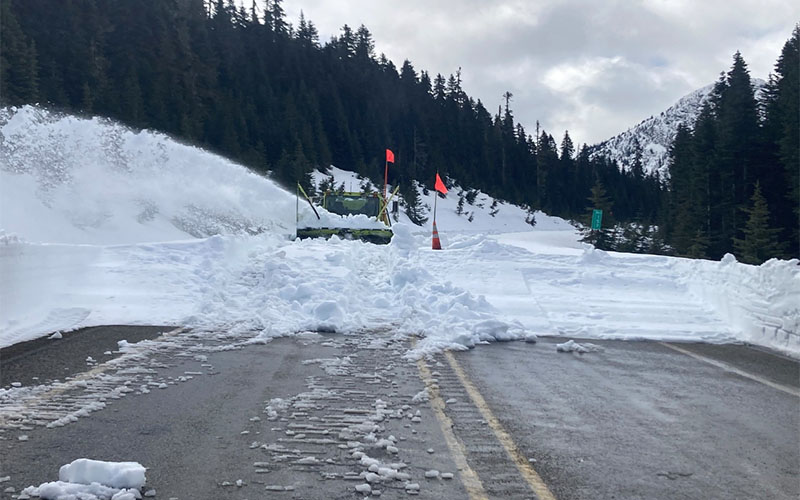 According to unverified reports, SR 20 across the Cascades opened this morning. WSDOT has not listed this opening on their website, nor are they responding to email inquiries or answering their phones in the NW Region or State offices. Traffic maps show single road travel alternating with traffic signals. If you do venture, be prepared for extended delays.

This would open the  highway for the first time since last November. It has taken more than six weeks to clear all the winter season snow off the North Cascades Highway and stabilize the common avalanche shoots. The cool and sometimes snowy April has delayed the opening. The attached photo is from Rainy Pass just a few days ago on May 6, 2022.

Once fully open and accessible, you can drive across the North Cascades highway as another alternate way to and from Eastern Washington. In the meantime, Highway 2 across Stevens Pass which remains open year-round, might be a better option. Check travel times for both at the WSDOT.

When the highway is back open, motorists should be aware of ongoing roadwork between Marblemount and Newhalem. More repair work is needed from the November 2021 flooding that washed out the roadway near milepost 113, reducing travel to a single lane with a traffic signal. The roadwork involves constructing a new stabilizing wall and is expected to cause delays during peak summer travel.