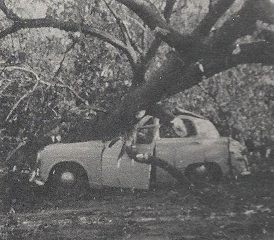 The 58th anniversary of the strongest non-tropical wind storm ever to hit the lower 48 in American history is October 12th. The 1962 Columbus Day Storm clobbered much of the west coast including the North Sound as the storm hugged the coastline just offshore from Northern California up the coast to Vancouver Island.Measured wind gusts along the Oregon and Washington coasts hit 150 mph and over 100 mph from Eugene to Vancouver, BC. With power outages and wind instrument damage, many wind measurements were reported only early in the storm and the storm’s peak winds were quite likely missed.

The wind gusts reached category four hurricane force. The Pacific Northwest does not get hurricanes that are fueled by 80 degree or warmer sea surface temperatures, but does get hurricane force winds when intense North Pacific Ocean storms reach our area.

Wind gusts in the North Sound ranged from 70 to 100 mph, striking on a Friday evening. High school football games were disrupted with power outages and bashing scoreboards. TV and radio stations were knocked off the air. 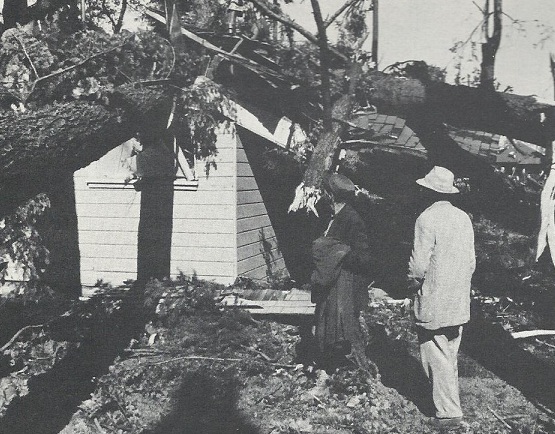 Damage from the storm was widespread. Over 15 billion feet of timber was blown down from the coast to Western Montana, enough timber to build one million homes. Thousands of buildings were destroyed or heavily damaged by fallen trees and the strong winds.

Millions of people were without power along the entire US west coast, some not getting power back until November. The storm claimed 46 lives and injured hundreds more. All other wind storms are compared to this grand-daddy of them all. If you have an older relative who lived through this storm, they have stories to tell. The Columbus Day Storm highlights that October is the start of the fall and winter wind storm season that runs into March. 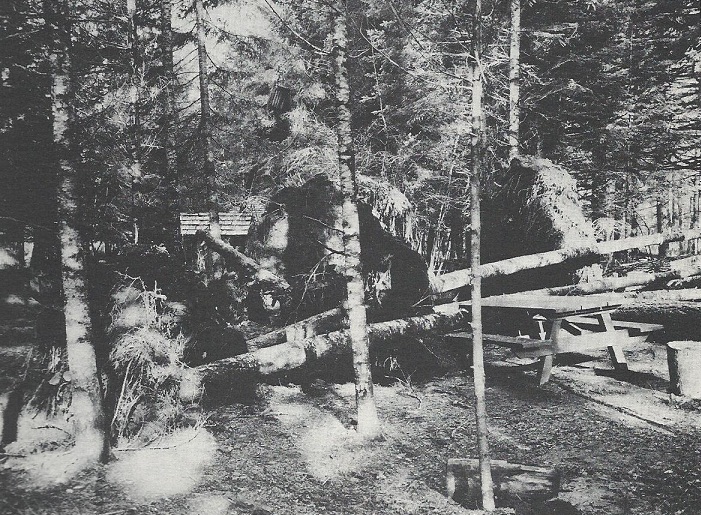 Can another wind storm like this one occur again today? Yes, it can. Fortunately, not all wind storms are this devastating, but winds of 70 mph or more occur more frequently, on average about every 10 years, producing numerous downed trees and power outages. The last big wind storm in our region was the Hanukkah Eve Wind Storm of December 2006. So, we are overdue.

Back in 1962, Western Washington had a population of about 1.25 million residents. Today, the population is around 6 million with far more infrastructure to support that population. Can you imagine a Columbus Day type wind storm with over 100 mph wind gusts pounding the North Sound today? The damage would quite likely be devastating and long-lived.

Strong wind storms usually prune or blow down our trees, resulting in power outages, blocking roads, and disrupting our lives. You can prepare in advance. Visit takewinterbystorm.org to learn how best to prepare at your home, at work, and even prepare in advance for your pets and livestock.

It is also important to know if a strong wind storm or any significant weather may strike our area. Visit the new everettpost.com weather page for site-specific forecast information for your location, as well as weather.gov/seattle/ and other key weather apps and websites. When you are weather aware, you are weather prepared.

All photos courtesy of The Big Blow and West Coast Disaster, two publications that documented this historic wind storm.  Please peruse the gallery below for photos of this historic storm.  Also, remember to prepare now for what could be an active storm season here in the Northwest.