The first commercial flights to come and go from Paine Field officially began at 10:00 am, March 4, 2019. Air travel in Snohomish County will never be
the same. 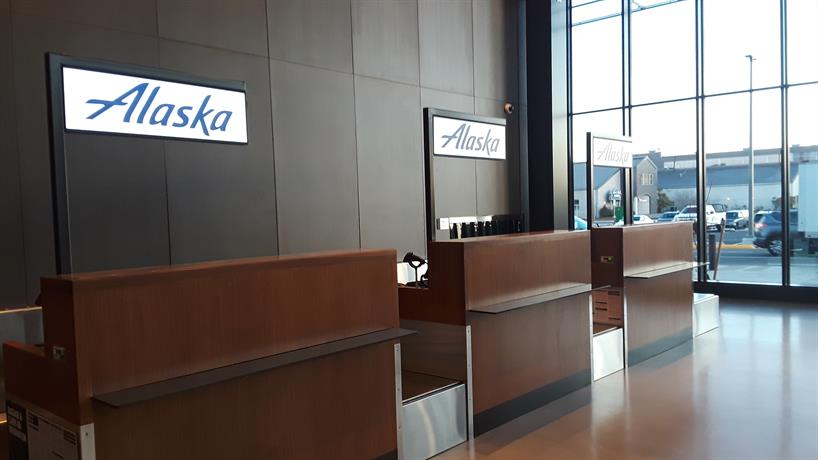 Alaska Air began services with an inaugural flight to Portland set aside for the local VIPs of the project and followed that with two more flights to Phoenix
and Las Vegas. Aboard the flight there was good cheer, champagne, and plenty of selfies.

The families due on the two following flights were happy to share their stories with the news crews on site, bringing home the fact while the news vans
will trundle back to their garages at the end of the day, local families will continue to pass through those terminal doors from now through the foreseeable
future. 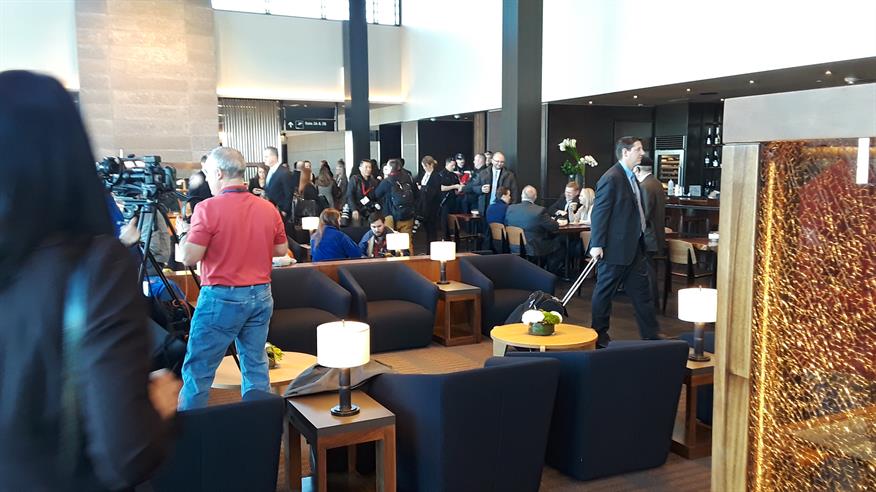 Paine Field’s new operation is a boon to families north of the Sno-King line, for its convenience and for what it brings to the area in terms of jobs and
growth.

The day kicked off with a terminal dedication ceremony in front of the gleaming new passenger terminal. A life-size bronze statue of Topliff Olin “Top”
Paine, the namesake of the terminal, now holds sentry outside of the exterior doors and greets passengers as they come and go. Two of Top’s grandnephews
were on hand to share their appreciation, whisking away the canvas over the statue while cameras rolled.

After the unveiling, Brett Smith, CEO of Propeller Airlines, christened the terminal in a bit of an unorthodox champagne-christening; the bottle didn’t
seem as enthused as Smith, and it took several attempts before it would dramatically shatter.

After a news conference inside of the boarding area, there was a ribbon cutting ceremony with city officials, as well as executives from Propeller Airlines
and Alaska Airlines, and a representative from Governor Inslee’s office.

“This is a very exciting day for all of us,” said Mayor Franklin. “For Everett, this means that our residents, families and businesses are now minutes
away from an incredible travel experience to the destinations they frequent across the west coast and beyond.” 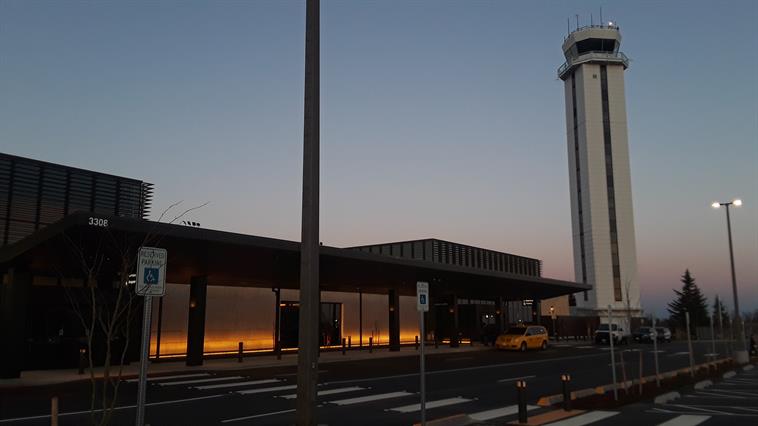 The 30,000 square foot terminal will soon offer up to 24 flights a day through United and Alaska. Alaska had initially been slated to begin air service
on February 11th, but the government shut down threw a wrench in those plans. SouthWest Airlines had originally been among the first carriers,
but opted out months before.

Paine Field began as a work relief effort during the Great Depression, back when there was already an airstrip on Ebey Island. Today, it is resplendent
with floor to ceiling windows, comfy chairs, three locally based spots for food and drink, and modern fixtures that catch and reflect the light. 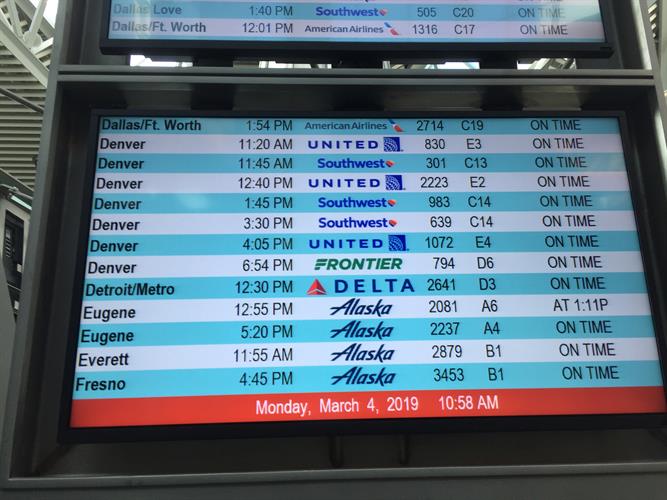