That’s something that his daughter, Liz Dickson, said at least three times while talking about her dad.

He loves people, he goes out of his way to help, and he volunteers his time at the Monroe prison and for Samaritan’s Purse. He would stop people in the
grocery store that he had only met once to offer a warm smile and ask how they were doing. He is one of a kind.

But Henry has been missing for four days now–and the community feels a little darker without him.

63-year-old Henry Groenvend went missing around 9 am after he returned from his shift at the Snohomish Post Office on December 11th. His wife said he mentioned
something about going to the river after he dropped off his wallet and keys, but details haven’t been solidified.

Searches throughout Snohomish county have come up empty, but the momentum isn’t dying. It’s only growing in numbers and in concern.

Henry’s daughter Liz Dickson began a “Help Find Henry Groeneveld” Facebook page, which has already gained a following of over 2,300 members, and has organized
fliers and search parties for her dad.

“I am blown away by our community,” Dickson said. “People who loved my dad, and even the people who don’t even know our family, are taking part in the
search, sharing it, and reaching out to us. He loved all people, and this speaks volumes to that.” 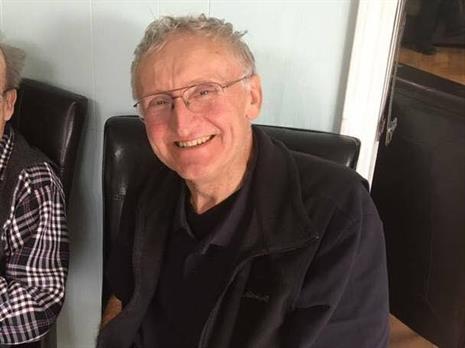 The latest update from authorities is Henry’s case got moved to major crimes and was assigned to a detective who is keeping the family up to date. Dickson
said she wishes that the search began earlier and felt frustrated that her dad’s case was signed off as a suicide case for a couple days before authorities
and media outlets began to take the case more seriously. She said the new investigative team has been wonderful, and details about her dad has become
much clearer the more they look into it.

“He had a little anxiety like a lot of us do, but he was on the lowest dose of medication and was super involved and loved so many people in his life,”
Dickson said.

Henry has been known by the entire community as a loyal family man, a good husband and dad, a doting grandpa of six, and a hard worker. He has worked for
the postal service for 26 years, and has a knack for being name-dropped in multiple Google reviews as an outstanding and kind postal worker.

It’s a testament to Henry’s character as well as to the unity and the compassion of the community around us to see thousands of people become so invested
in making sure that Henry is found.Whether they are strapping on their boots to rake through trails or are handing out fliers at their coffee stands–
people in this community care about the man with a big smile and nothing but good things to say to those around him.

Friends, family, and community members are searching throughout the Snohomish and Monroe area, keeping track of searched areas on maps that are consistently
uploaded to Facebook. If you would like to get involved in searching for Henry, please do. You can contact your local media outlets, print off fliers
to hand out at your place of work, or simply share Henry’s picture and details on social media.

“My dad is my hero,” Dickson said. “He valued everybody. I just want him home.”

There will be a community prayer vigil at Dutch Hill elementary at 6 PM today, Friday the 15th.