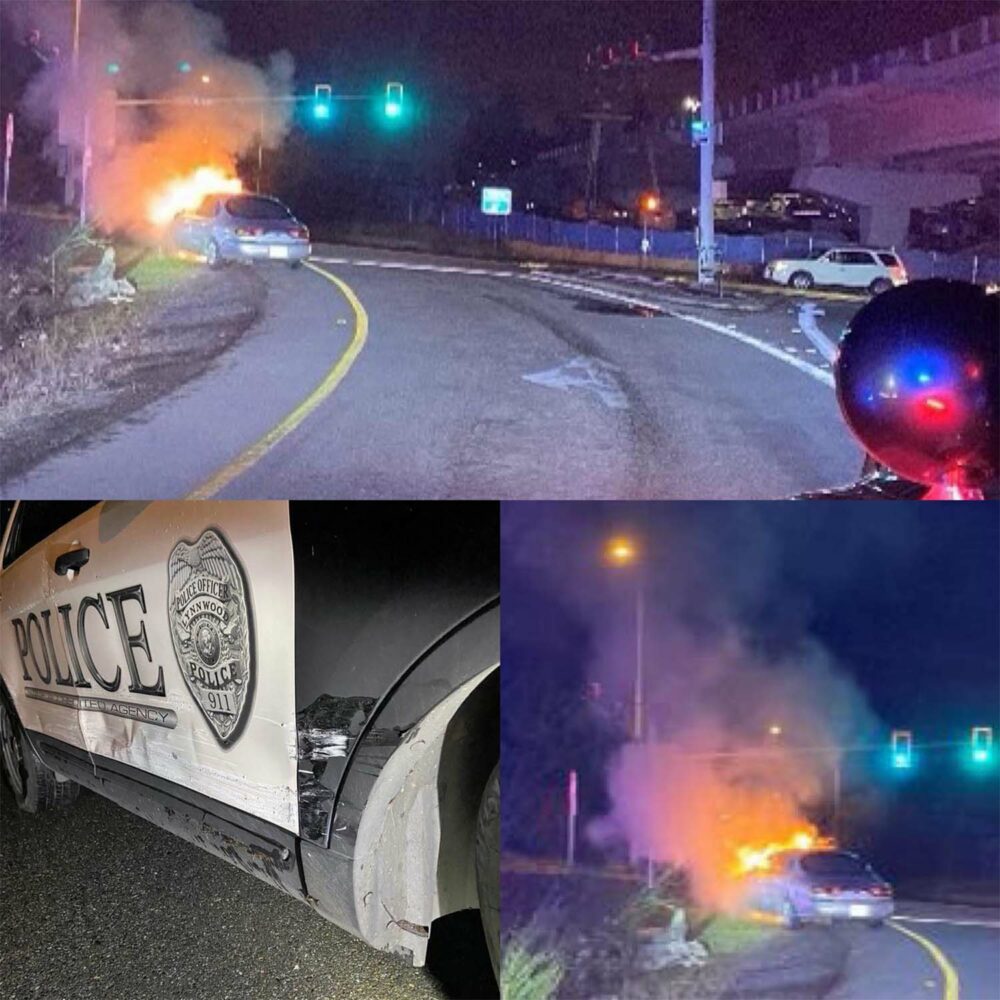 LYNNWOOD – On Saturday, Dec. 11, the Lynnwood Police Department was dispatched to the Fred Meyer on 196th street for a shoplifting call. According to police, a woman used pepper spray on a loss prevention employee who was attempting to stop her from stealing. Following the incident, the woman fled the scene.

When an officer arrived on the scene, he saw the female suspect attempting to flee the area in a vehicle and implored the suspect to stop. As a result, the woman drove her car into a Lynwood patrol vehicle leaving damage in her wake.

Not long after, the suspect’s vehicle was found on fire at I-5 and 220th street. Police came to learn that a concerned passer-by who had no prior knowledge about what had just occurred at the Fred Meyer picked up the suspect and drove her away from the scene.

Police don’t know what caused the vehicle to ignite. No one, including the Fred Meyer loss prevention worker, the Lynnwood police officer, or the suspect was seriously injured.

The suspect is still outstanding, and police are continuing their investigation.