Co-op employees and board members excitedly await the B Corp. certification for Sno-Isle Foods, which will be coming soon! Becoming part of this B Corporation
directly aligns with the Co-Op’s original vision to, “[Grow] the health of our communities from the roots up.”

Becoming a certified B Corporation simply means that the Co-Op is making a conscious effort to reduce their carbon footprint by joining this “purpose-driven”
group of businesses. According to their website (https://bcorporation.net/about-b-corps), “The B Corp community works toward reduced inequality, lower levels of poverty, a healthier environment, stronger communities, and the creation of more high quality jobs with dignity and purpose. By harnessing the power of business, B Corps use profits and growth as a means to a greater end: positive impact for their employees, communities, and the environment.” 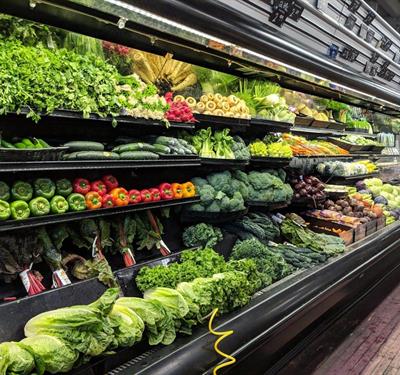 The marketing manager at the Co-Op, Laura Finley, said, “Becoming a Certified B Corporation is the difference between saying something is true and proving
something is true. It shows dedication and concern for the people in your community and the environment.”

The Co-Op has been undergoing some audits in order to join the B Corporation, as the process to get certified is fairly lengthy. “Certified B Corporations
achieve a minimum verified score on the B Impact Assessment—a rigorous assessment of a company’s impact on its workers, customers, community,
and environment—and make their B Impact Report transparent on bcorporation.net. Certified B Corporations also amend their legal governing documents
to require their board of directors to balance profit and purpose.”

This process has been working towards fruition at the Sno-Isle Co-Op since October 2018 and was originally set to be implemented on April 10th, but the
B Corporation had taken on more businesses to certify than originally planned. Today, the Co-Op is still awaiting the certification but according to
the store manager Gretchen Weimer, they have been “verbally approved” and will be given confirmation soon.

Brody Price, the assistant deli manager, showed his excitement for the certification as he is both an employee and a board member: “I think it’s mostly
really exciting because it’s a way to really gauge ourselves against competition: other co-ops and other areas of the industry. So, it’s a way for
us to have a goal post and say, ‘These are the things we are actively doing, these are ways that we are actively helping the environment by counting
all of our recycling and waste, or whatever. It allows us to have something to show the outside that we have a goal that’s bigger than just our internal
stuff, we have something really to show people to get excited about that the rest of the country is doing too. It’s neat to be a part of that bigger
project.”

If you are a regular shopper you may notice, or have noticed, some small differences in the Co-Op since they have been undergoing the audits that already
make a huge impact on the amount of waste generated and what is recycled. The deli weighs all garbage, as Brody Price had kind of mentioned earlier,
(recyclables, compostables, and regular garbage) and records these numbers nightly. The deli and the bulk department have also switched containers
for products to compostable ones.

Projects and certifications like this are very important today as we enter an age where we have a choice to make some changes or let our world decay. Scientists
are saying we have entered the Anthropocene, or the sixth great extinction. New York journalist Elizabeth Kolbert did an excellent short documentary
(https://www.youtube.com/watch?time_continue=15&v=kWrPo02e4fo) explaining what this is.

This idea is that we as humans are paving the way for our own demise with our wasteful habits. According to the EPA website, “In 2013, Americans generated
about 254 million tons of trash and recycled and composted about 87 million tons of this material, equivalent to a 34.3 percent recycling rate. On
average, we recycled and composted 1.51 pounds of our individual waste generation of 4.40 pounds per person per day.”

This certification has and will help the Co-Op challenge themselves to make changes to become more eco-friendly and holistic. As Gretchen Weimer the store
manager had said, “For the sake of all life on this planet, it is important that any business that wants to thrive must interpret success as making
a positive change in the world.The Co-op is using this certification as a tool for making this type of change and eventually as a B Corp resource for
our community.” 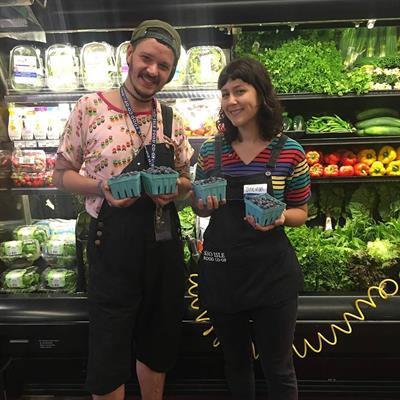 New classes at Sno-Isle Libraries have the write stuff