Stars, Stripes and Tanks, Oh My!

Adrian Hunt said, “Tankfest and The Flying Heritage and Combat Armor Museum is a hidden gem.”

The Flying Heritage and Combat Armor Museum will honor our troops this Memorial Day weekend on May 27, 2017 from 9 am to 5 pm with the sound of World
War 2 tanks and planes reenactments and of course patriotic fun for the whole family.

The friendly event put on by the museum and creator, Paul Allen, is the 6th Annual Tankfest NW. Tanks, planes, and other military memorabilia
from both World Wars will be on display to educate what each warbird or tank did in its heyday.

The festivities include tanks rolling over watermelons, tanks and planes shooting out confetti for a baby gender reveal, face painting, food carts
and even watching the movie Cars. 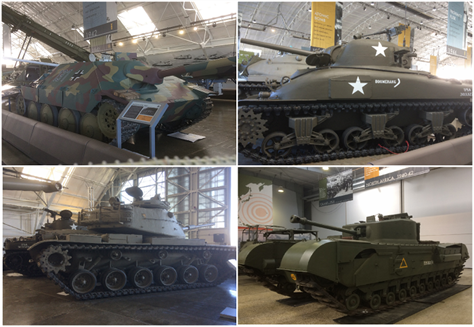 Tanks on display at Tankfest will come from places like Oregon, Colorado and other parts of the world.

The whole day is filled with activities to educate the community about the way things were during each war America has been a part of.

Tankfest has a great connection with its visitors, but one group seems to catch their hearts the most.

Executive Director of the museum, Adrian Hunt said, “The best part about Tankfest and the activities is the kids that get excited over tanks; they
just seem to not be afraid of the beasts.”

Tankfest is an event outside the hangars, but inside is also impressive.

The hangars will be equipped with military objects and more tanks, but also a new exhibit that is interactive that teaches viewers about the causes
of war. The Why War? exhibit opened this March and holds the key to the reasons war occurs. 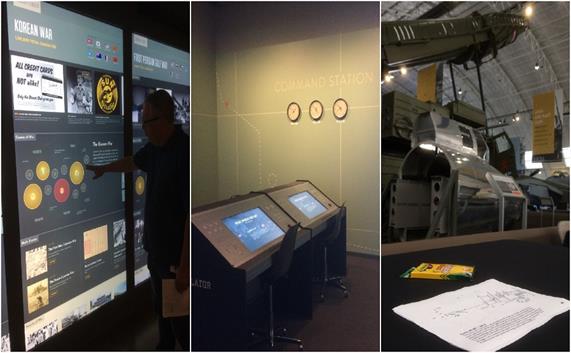 The Why War? exhibit allows for visitors to research interactively on computers and map out potential war ideas.

Left and center: Interactive booths to educate causes of war; Right: Kids can draw tanks, missiles and planes amidst the war-craft.

The museum is also home to the largest collection of tanks, war planes, bombs and missiles.

Hunt describes the museum as Paul Allen’s gift to the Northwest to show off what the military used by actually repairing and using the tanks and planes
to actually portray what it was like.

Anything in the museum is actually staged exactly like it would be during the war.

While looking at a tank and a B-17 Bomber Hunt described everything in the cockpit is useable and is perfect to its originality.

Hunt said, “There is no other place like this.”

For more information about tickets and other events you can go to http://flyingheritage.com/TemplateGeneric.aspx?contentId=98.