The Long Road to Entrepreneurship

A local Everett entrepreneur, Eric Smith, set out to be a bike shop owner in 2014 and saw his dreams lead to a reality.

A little place called Bayside Bikes on Colby Ave. is a place to repair and rent bikes and connect with shop owner Eric Smith. But it took a long and winding
journey to get to this point. 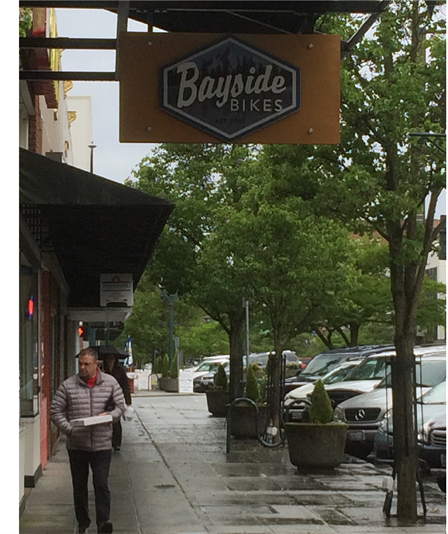 Smith grew up riding around Everett and saw as the right market for a bike shop.

Smith had a niche for being an entrepreneur when he ran a lawn mowing business as a young teenager.

Throughout his teen years Smith worked at different bike shops which allowed him to learn the tricks of the trade. These helpful tricks had made him more
aware of how small businesses work.

Smith said, “Now that I’m on my own I’ve had to develop skills for the management aspect of the business. Such as the finances, marketing and administrative
parts of a small shop.”

Smith went to Everett Community College and became aware of the hardships living on your own and working for yourself.

Smith said, “I had worked on a business plan when I had taken a small business class at Everett Community College a couple years prior to starting the
process. That came in handy to keep me on track and make sure I wasn’t overlooking anything.”

He graduated from Everett Community College with an general Associate of Science degree and started the process of becoming a bike shop owner.

Smith said after completing college, “From there everything really fell into place. I found the perfect space, the brands I wanted to work with were on
board and I had a lot of support from friends and family through the build out and grand opening.”

In October of 2014 the plans were in full swing and by the spring of 2015 the shop, which he named Bayside Bikes, opened its doors to the Everett area. 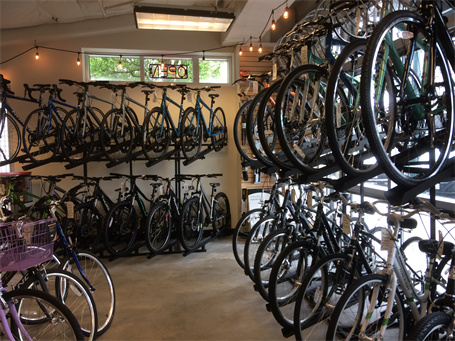 Smith said, “When you buy locally you get to feel the real thing and know you have support after the purchase.”

For more information about the shop go to

Being a small business, Bayside Bikes has had some rough patches with the weather in the Pacific Northwest always being indecisive. The Everett
area, Smith said, seems to be a fair weather bike riding community, so when it rains then the business suffers.

Through all of the unpredictable times great customer feedback and connecting with the community always brings the best out of a business.

Smith said, “When I have a customer who starts out as someone who is interested in a bike and that turns into a sale then that customer stops in to say
how much they love their bike and riding, that’s a great feeling. I get to share my passion of riding bicycles with others and it’s also my job.”

As it is a long journey to becoming a successful entrepreneur the best is living through your small business and your community.

Smith said, “Life as an entrepreneur is both rewarding and difficult, but the best part is the satisfaction of building my bike shop from an idea to reality.”

A Road Map to Adapting To New Wildfire Regimes Paved

Casino Road is Getting a Community Hub