The Meaning of the Winter Solstice

This year’s winter solstice is on Tuesday, December 21st at 759 AM PST and marks the start of winter on the calendar. December 21st will also be the shortest day of the year. In Everett, the day will only be 8 hours, 22 minutes, and 25 seconds. The winter solstice is also the longest night of the year. When the sun is out, the day also marks our longest shadow since the sun angle above the horizon is at its lowest point. 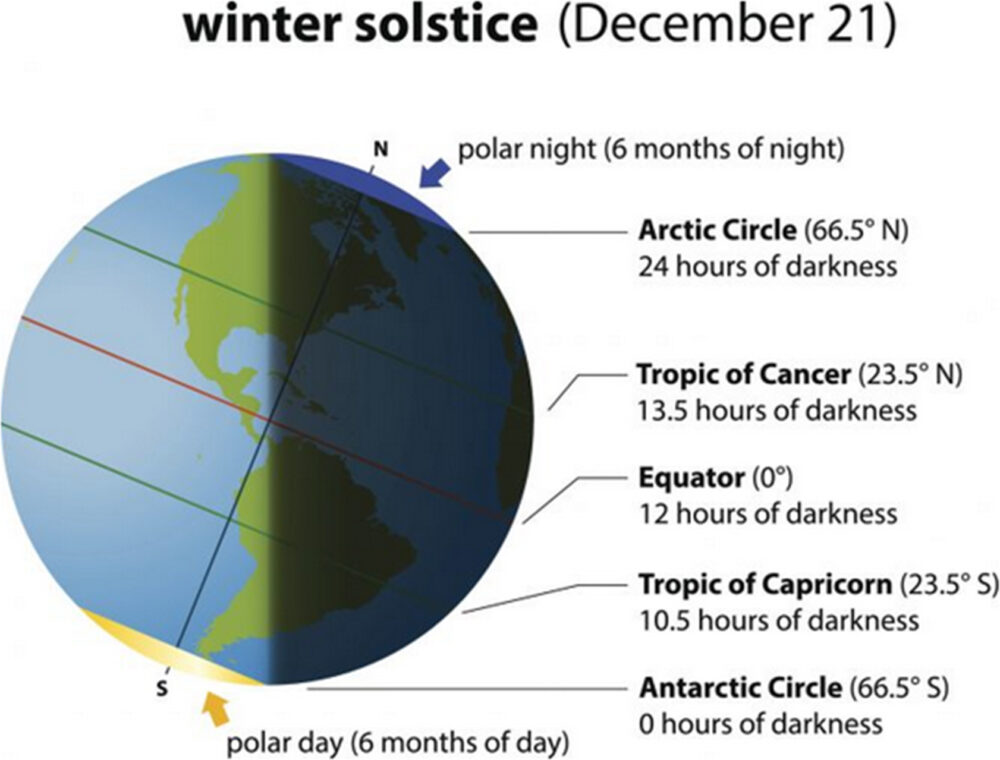 What is the Winter Solstice? It is the astronomical moment when the Sun reaches the Tropic of Capricorn in the Southern Hemisphere at 23.5 degrees south thanks to the tilt of the Earth as it rotates around the sun throughout the year.

In contrast for the Southern Hemisphere, the day is their longest time period of daylight, just like we have during our Summer Solstice in mid-June. Also of interest, those above the Arctic Circle have no daylight at all on the Winter Solstice.

The winter solstice has quite a history over the centuries. Early humans tracked the days by observing the Sun as it cast shadows at different times of the year. Historians believe Stonehenge in England was built to keep track of the Sun’s annual progress across the sky. Many countries around the world have celebrated the Solstice, including Europe, Scandinavia, Eastern Europe, Iran, Japan, and parts of Eastern Asia, while in the Southern Hemisphere, many celebrate their Summer Solstice.

After December 21st, our daylight hours will begin to grow longer, at first slowly as a matter of seconds, and then by the spring equinox in March, peaking at three and half minutes per day. The increase of daylight will then gradually slow, ending on the Summer Solstice in mid-June with just over 16 hours of daylight. As I often joked just after the Winter Solstice when working at the National Weather Service, summer is coming!