VACCINATE OR DIE? YOUR CHOICE

The following is an Editorial by Andrew Skotdal, Co-owner with brother Craig of The Everett Post, KRKO and KXA Radio Stations in Everett, WA

My dad, and likely your grandparents grew up when the polio virus was stalking children. Unable to walk, and with loss of motor control, these children were confined to an “Iron Lung” to help them breathe, and many died or were permanently impaired.  It was in 1953 that Dr. Jonas Salk revealed he had discovered the polio vaccine that would help eradicate this horrible disease for the world.

Fear of the polio virus at that time was like COVID now, but parents rushed to vaccinate and prevent polio from crippling their children.  That core belief and trust in vaccinations meant that polio was virtually eliminated worldwide.  In the early 2000’s Rotary, along with other organizations, was leading a push to completely eradicate polio in the last remaining areas on the planet where polio is still crippling children in a small region of Afghanistan and Pakistan.

Polio eradication, unfortunately, with the rise of the Internet, anti-vaccination fear, and misinformation, may make a resurgence of this deadly disease possible, because two generations of families have not had to fear polio and no longer believe vaccinations matter.  The only reason such an idea even presents itself is due to the success and necessity of vaccination.

My empathy for those who fear or do not believe in vaccination is real.  My friend’s son had a severe, adverse reaction to the MMR shot as a child resulting in brain swelling, hospitalization, and a year of therapy. She is now an ardent anti-vaccination advocate.  Her experience was the 1 in 1,000,000 lightning bolts, but her son is also now fully recovered because we have the best medical care in the world.  Despite her experience, I disagree with her anti-vaccination position, but would meet her in the middle on separating immunizations by disease versus combining the shots.

Last night I was awake with my 13-year-old son who is now missing school because he is feeling fever, nausea, and pain from his second vaccination shot that he received yesterday.  My consolation is that his experience, like mine after the second shot, is far better than the unknown if we had contracted COVID. 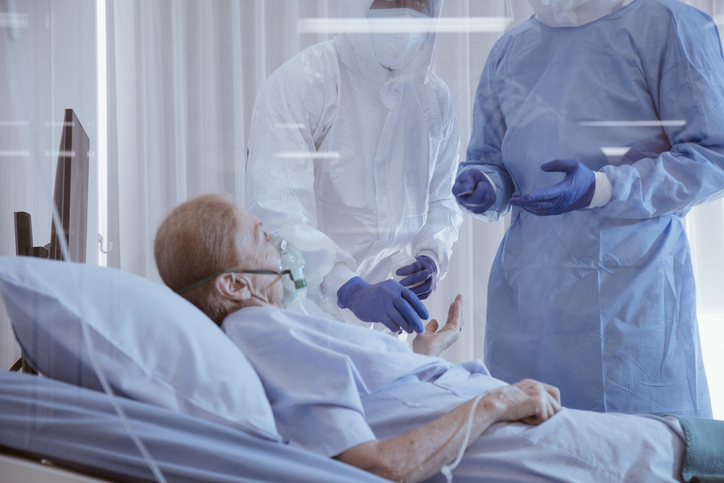 I waited to get vaccinated because I did not want to be the guinea pig, but eventually got vaccinated.  I had to choose between two risks: do I trust vaccination side-effect modeling that has been demonstrated to be accurate, and reliable, or do I assume, with little evidence, that my body can fight a virus that did not exist globally until last year, and that potentially was altered in a laboratory to be more destructive than it was when first discovered in a cave.  The other thought that weighed on me is that vaccines only work when everybody buys in.  The polio virus vaccine proved this concept.

Millions of vaccine doses are about to be thrown away this month because some are still holding out, and it saddens me for two reasons:  we are lucky to live in a country that has enough doses for everyone, and I know the first-hand accounts of what it was like at Providence Hospital in Everett, when seemingly normal people ended up on ventilators and dying with no apparent underlying conditions.  Sadly, this is still happening.

The news stories about isolated, outlier vaccine complications underscore what is not in the headlines:  there are no scary stories about tens of thousands of people having vaccine complication problems, only reports of small pockets of isolated cases.  458 million people worldwide have now gone before you to get vaccinated.  140 million Americans have gone before you, including my son, daughter, brother, and 78-year-old father.

This vaccine roll-out has been faster, safer, and better than any vaccine roll out in the history of mankind.  43% percent of Americans are fully vaccinated as of today.  According to the CDC, over 80% of Washington State residents have received at least one dose.  Our radio station staff are vaccinated. There have been no known major side effects within our employee base.

Conversely, I have an acquaintance who still has no sense of taste a year after contracting COVID.  A friend’s wife is now considered a COVID “long-hauler,” still suffering from chronic fatigue after being infected.  They will recover from the side effects of Covid, and still be alive as opposed to being six feet under.

For those of you too young to remember the TV campaign, here are C-3PO and R2-D2 talking about the importance of childhood vaccinations.  https://youtu.be/b8ZD9RcC8P0.  While I recognize this is a sensitive topic to some of you, we are hopeful to have a vaccination rate as close to 100% as possible by the end of August.

There will be several locations including:

Explorers brought smallpox to North America devasting Indigenous Peoples.  While this has been eradicated, polio remains in pockets around the world.  While we had no scientists and medical researchers during the Plague, we have made immense progress in controlling and dealing with new diseases.  Do your part.