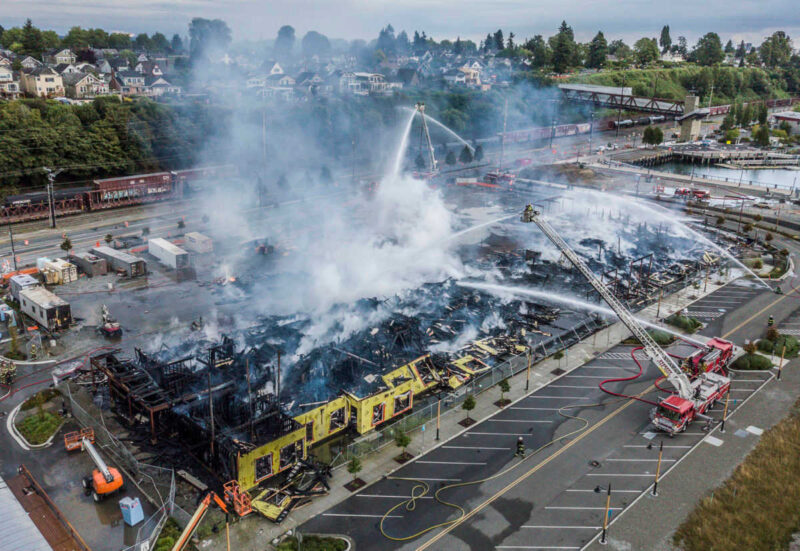 On July 16, 2020, a four-alarm fire engulfed the uncompleted south building of the Waterfront Place Apartments turning the first waterfront housing development in Everett’s history into rubble. 10-months and $30 million in damages later, the apartments are now open.

According to a press release, the two-building, 247,000+ square foot (sf) multi-family apartment project will provide 266 studio, one-, two- and three-bedroom homes in two distinct, yet connected four-story buildings. 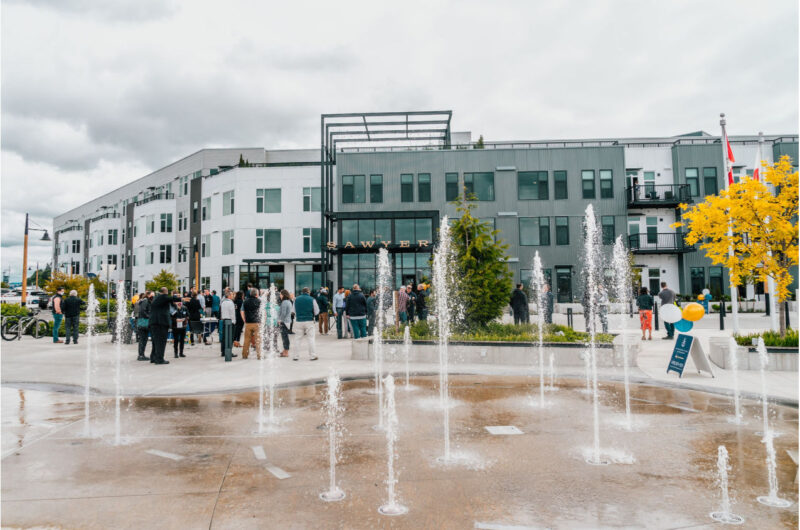 The 135-unit apartment building is called, The Sawer. It sits on the largest public marina on the West Coast – with 2,300 slips and 5,000 linear feet of guest moorage. Once the entire project is completed, the mixed development will include 63,000 sf of retail and restaurant space. It will also have 20,000 sf of marine retail, and 447,500 sf of office, two waterfront hotels, and up to 660 waterfront housing units, according to the press release.

The new location includes amenities such as new trails and regional parks together with public gathering spaces, a variety of fine and casual dining, local shops and marine sales and services. “The project’s expected $550 million in public/private investment is expected to support nearly 2,100 family-wage jobs and generate $8.6 million annually in state and local sales taxes,” said Quick.

The upgrades don’t stop there. The Port has facilitated more than $150 million in public/private investment on the Everett waterfront, with even more on the horizon. “Recent port investments include more than $50 million in completed projects at Fisherman’s Harbor, adjacent to the new Hotel Indigo and Waterfront Place Apartments, including roadways, utilities, lighting and landscaping, the new pacific Rim Plaza and splash fountain, and a connected esplanade trial system with public dock walk,” explained Quick.

Next time you’re in Downtown Everett, make sure to check out all the exciting upgrades!