If you don’t like the forecast, it’s just Ted providing you with reality.  If Ted says it will rain, snow, blow or hail, you can count on it.  He’ll tell you when and where as well.  As a seasoned weather forecaster, he says “like a sports official, I call ’em like I see ’em.”  He is probably the best forecaster on the planet.  You can hear his predictions daily on KRKO FM, KXA AM, at your fingertips on Everett Post Weather and on his podcast North Sound Weather Minute.

Major announcement, just in, Ted Buehner and his associates at KOMO have been nominated for an EMMY! This is for their outstanding work with the 2020 Seattle Mariners Weather Education Day program for children, youth, and teens.

When the Columbus Day storm hit in 1962, Ted was six years old in Portland, Oregon, and fascinated.  That is when Ted’s dream to become a meteorologist began. “That storm blew through the Portland area, I had 160 trees down on my street alone,” he remembered. “Power out for 10 days. It sparked that ‘Why does that happen?’ question.” He would revisit this storm on the 58th anniversary this past October.  You can view it here:  58th Anniversary of Columbus Day Storm.

He would start forecasts school at age 10. As a high school senior he taught the weather segment to the Sophomore Earth Sciences class, while the actual teacher had a Cheshire Cat smile on his face, his feet on the desk and getting an hour break, while Ted diligently went through the curriculum. And oh yes, he does play the trumpet.

It was not all science, if it involved a ball, he was interested, including baseball, basketball, football, soccer, tennis, and golf.  Ted was the City of Portland Junior Tennis Champ at 13.  He has won the NWS Golf Championship a whopping four times.

You’re Safe! So his love of Mariners and baseball is nothing new. He had the honor of being behind the plate for the Mariners Fantasy Championship game in Peoria, Arizona, with a dramatic call that would be confirmed with replay.

In college at Oregon State University, he majored in Atmospheric Sciences – surprise! But…oh yes, there is another prankster side going back to his youth. He famously pantsed his college roomie playing nerf basketball.  He is known for wearing a lampshade on his head.

Below, is for your amusement!

Ted would go to work for the National Weather Service and retire after more than 40 years.  While he did stints in other areas, he ended with 23 years in Seattle at Sand Point. With a a natural voice and persona, he would give over a 1000 interviews to local, national, and even international media. KOMO honored him with a special tribute, you can view it here: Ted Buehner 40 Year Retirement Tribute (KOMO News)

Ted has too many awards, accolades, and highlights to mention, but here are a few.  He was on duty when Mount Saint Helens erupted in May 1980. He won the American Meteorolgical Society (AMS) Award for predicting an Oregon coast windstorm no one else saw coming. He helped Thailand create a tsunami warning system for the country as part of a US AID team in the wake of the 2004 Boxing Day Indian Ocean quake and tsunami (see the movie The Impossible). He expanded all-hazard warning information availability, from nine NOAA Weather Radio stations to 22 by his retirement. It now reaches 96% of Washington State’s population giving him the NOAA Award. 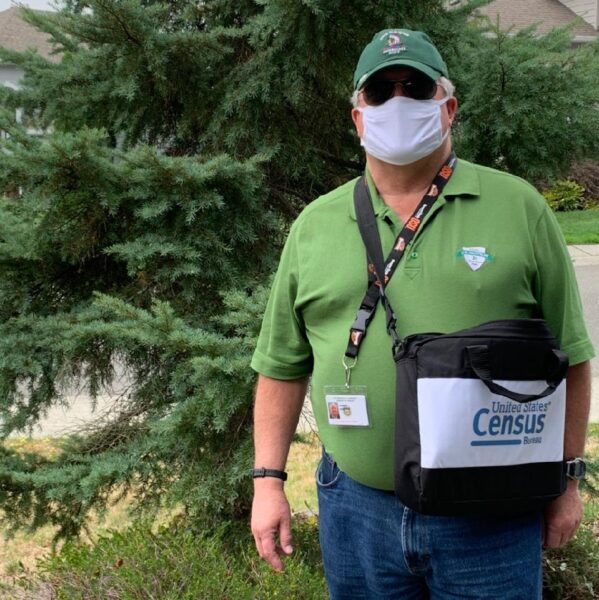 These days, Ted’s mantra is “never waste a day and make a difference in the community”.  For instance, he continues to work with the Washington State Emergency Communications Committee as Vice-Chair, and is also the Vice-Chair of the Partners in Emergency Preparedness Conference. He is also involved in the community in many other ways, giving seminars, working the census, and election vote counting.  He and his neighbors walk together daily.  He has two cats.  His daughter’s cat is there now as well, which sometimes gets him up in the middle of the night to deal with a “cat fight”.  Meow!

Ted Buehner wrote and produced the Story of the Lost Logger that aired this past Halloween.  Like his costume?  How lucky our readers and audience are to have this amazing person as part of our team.  For more, load the apps for both stations at Everett Post. Just click on either or both stations for the app and enjoy streaming them anywhere anytime.