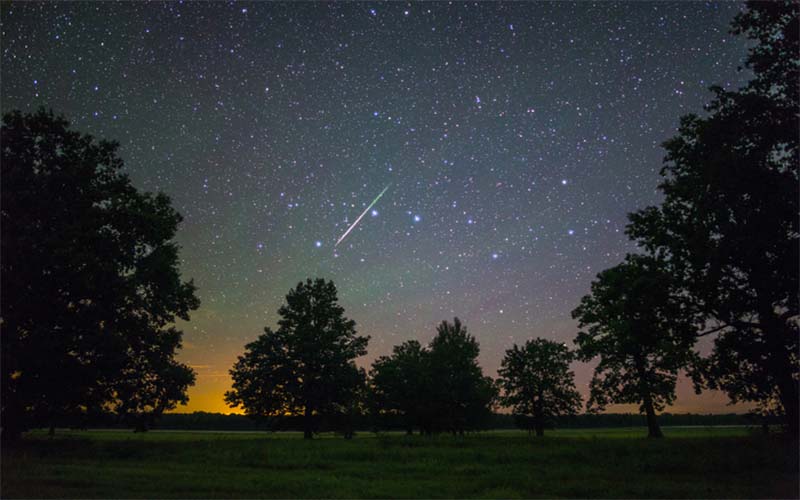 August in the North Sound usually offers a great number of clear nights to observe the sky filled with planets and stars, and there is much to see this month. In other words, it’s the perfect time to catch “shooting stars”. It’s a great family activity to see on the deck or in the grass and look up in the sky.

Already underway are the Perseid meteor showers – one of the best meteor showers during the entire year. In its annual orbit around the sun, our planet is currently passing through the dusty debris of Comet 109P/Swift-Tuttle. This comet is about 16-miles wide consisting of ice, dust and gravel that has a 133-year orbit around the sun. Earth passes through this debris path this time of year, resulting in a range of 50 to 75 meteors per hour.

In addition, this month’s full moon is the Sturgeon Moon, occurring on the night of August 11th. That night happens to be around the peak of the Perseid meteor showers. Ideal viewing would be around the 12th, when the sky will be darker.

And each night this month after midnight until dawn, the brightest star in the night’s sky – Sirius, also known as the Dog Star, rises in the southeast sky and is in the southern sky by dawn. As Sirius rises in the sky, it follows the constellation – Orion.

A number of planets are also in the night’s sky this month. The first to rise in the eastern sky is Saturn just after sundown, followed by Neptune and Jupiter. Just after midnight, Uranus and Mars rise, and just a few hours before sunrise, Venus appears.

If you enjoy watching the night’s sky, August is the prime month to do so with a full menu of action in the sky. For an interactive map of the sky go to Sky Map and enter your zip code for a guide to visible constellations, planets, and stars.