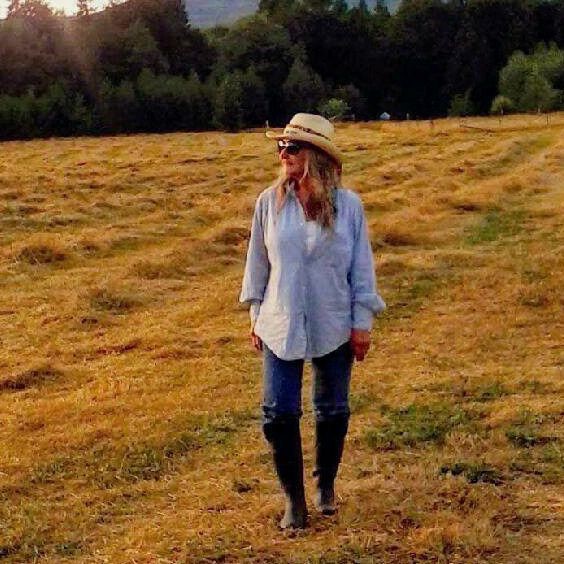 Coming back to the Great Pacific Northwest is not only the return home for Charlye, but it will also write her final chapter in an illustrious Broadcasting career.

Growing up in the Midwest in the late '50s where a new radio format was being tested, Charlye listened to, and fell in love with, the bad boys, the zany characters who voiced the newly formatted radio station. They were called the Boss Jocks and that new format, (highly unlikely to succeed because they played that oh so strange kind of music) was called Rock & Roll. Charlye knew by the time she hit her teens that being on the radio was what she wanted to do. Not making the records. She wanted to play the records.

It may be hard to believe these days, but it wasn't so many years ago that broadcasting was a man's arena and there was no place for women in it. When Charlye graduated from Mercy High School in Omaha, she was told to forget about being a DJ. Girls were simply not used on the air and they never would be. For her, the closest she would get to radio was as a station receptionist and/or secretary and/or bookkeeper and that was good enough.

At KTRC, a small station in Santa Fe, New Mexico in 1973, Charlye Parker unwittingly became one of the first women on the air in the U.S. and a pioneer in the field for women.

A year later, a move to KRZY Country radio in Albuquerque put her in a much larger city. She still had no idea how to be a disc jockey. There were no women on the air to pattern herself after and Program Directors (the people responsible for all things that go on the air at a radio station) didn't know how to use a female on the air. Charlye was told that women would never accept listening to her on the radio so she should just try to sound sexy, be sweet, be cute, and maybe she could turn on a few truckers at night. Charlye pondered that. Nobody had ever told the morning jock to sound sexy, be sweet, be cute and she wasn't even sure what that meant, anyway. What she did learn very quickly was that neither women nor men will accept someone on the air trying to be sexy, sweet or cute. What they will accept is someone who is just being themselves, without pretenses. Being herself was something Charlye could do, and she thrived.

In the early '70s, as a photojournalist for the Pro Rodeo Cowboy Association, she first discovered the Great Pacific Northwest. The beauty of the country took her captive. Even though she was happy at KRZY radio, Charlye heard the whispering pines of the great Northwest calling to her and made up her mind that Seattle was where she would live. Starting in Tacoma traveling North on I-5, she applied to every radio station she found. Most of the Programmers wouldn't talk to her. There was no EOE at that time that required anyone to even interview her for a job. If one did meet with her it was only their curiosity about the Bimbo who was arrogant enough to think she could work in radio. They were not kind. Everett was her last stop. At the country station KWYZ, she found Program Director Tom Lewis not only treated her like a professional. He hired her. She became one of the first women on the air on the West Coast and the first woman ever in the Pacific Northwest. Tom promoted her as "Snohomish County's First Lady Of Country" and she thrived.

In 1976 an offer she couldn't refuse took her back to Albuquerque. While she did thrive there, the call of the Pacific Northwest would not be silenced. She missed the tall trees. The many colors of green. The bluest skies. The misty rain. The sunshine dancing on the water. Taking a mandatory week's vacation, she ran back to the Northwest. She stayed with a friend in Everett. Went to the only Ivar's (at that time) on the waterfront. She watched them toss fish to customers at Pike Place Market. She rode the ferry back and forth across the Sound for hours. The day before she was going home to the Southwest, she found herself lost on Harbor Island in Seattle. She pulled into the only parking lot she could find and searched her map for a way out. (No such thing as GPS). Sitting there she happened to glance up at the squat little brown building in front of her. The sign said KMPS Country radio. She knew about KAYO country. Who didn't? But she'd never heard of KMPS. She found an old demo tape of hers buried under the back seat in the car, dug it out and put it in her pocket. Just in case the opportunity presented itself. After arguing with herself about how dumb it was to think she could get a job in Seattle, she finally decided the worst they could do was to tell her to get out of there. They weren't going to physically beat her up and kick her out in the street. The office was closed, but Ron Norwood, a brilliant young Program Director from Spokane, was getting ready to lock the door as she walked in. She was too scared to say she was looking for a job so she gave him her card saying she was hoping to see the station before she went home. He showed her around. They talked for hours. Talked radio. Country music. Seattle. Rodeo. The Southwest. Horses. Dogs. The Oak Ridge Boys. As she was leaving he asked for her phone number and wondered if she happened to have a demo tape. He said he was curious about how she sounded on the air. She just happened to have one. He called her that night. Asked her to be at his office in the morning where the first words out of his mouth were, "I like to get money out of the way upfront when I'm hiring someone.". That was all she heard. She didn't hear the money would be three times as much as she was then making. Didn't hear "you start in two weeks." Didn't hear, "I have been hoping to find a woman like you to complete our air staff". Charlye Parker had just become the first woman on radio in the Pacific Northwest, in the State of Washington and in a major market on the West Coast. Her extreme happiness was shadowed only by the great fear that if she failed, it would be a long time before Seattle, and other Major Markets would take a chance on another female. By the end of her first year at KMPS, most of the radio stations in Seattle had a woman on the air in at least a part-time capacity.

From 1977 to 1988, she thrived but she was motivated to take all the skills she had learned and put them into Programming. There were no female Program Directors in radio. She went to KGHL/KIDX in Billings, Montana as the Operations Manager for both stations. Program Director, Music Director and disc jockey for the Country station KGHL. What she learned under Dick Elliott, the owner and ingenious General Manager who handled the ever-changing moments of radio, the eccentricities of highly creative people and the complexities of business with effective ease, was that programming is a lot of hard work and takes serious concentration. She preferred jocking. The never-ending fun side of radio. When Elliott sold the stations in 1989, Charlye wanted to make one final push to the top of the radio career mountain. That meant doing a morning show in either the New York or Los Angeles radio market. In the early '90s, women did not host Morning radio Shows.

Jaye Albright, (Albright, O'Malley & Brenner Consultants) one of Charlye's former Program Directors and a very dear friend, hooked her up with KHAY Radio, a powerful country station in Ventura. With a population of more than 3 million people, the coastal city of Ventura County is a part of the Los Angeles market but it is not a part of the L.A. Rush. For the next 21 years, Charlye co-hosted the morning show. 15 of those years spent with Jon Cowsill (the same Cowsills family of '60's fame). Charlye says the years spent with Jon were magical and the team produced outstanding radio with their success measured by consistent ratings of #1 in a market where they competed against 52 other radio stations for a piece of the morning radio audience. John Dickey of Cumulus Media said that Jon and Charlye was one of the few radio teams he had ever seen transcend a market. Meaning no matter what kind of music a person preferred, they would tune to Jon & Charlye in the mornings.

With Jon gone from the station, in 2012 Charlye retired and immediately did, what else? Returned to her beloved North Sound. A small sign in someone's yard reading "Everett's newest station. Classic Country KXA" caught her eye. She listened. Loved it. Sent a thank you note to the station owner, Andy Skotdal. They met. A year later she met Chuck Maylin, the General Manager. She was immediately impressed by him and although she had no plan to return to radio, the opportunity to work at a locally owned, not corporate-owned, radio station, playing the Classic Country music she loved, working with people she really liked and being back home in the Pacific Northwest was too much fun to pass up.

Ask Charlye if she thinks women have come a long way since she started. She will tell you, "Absolutely. But, radio stations that haven't been gutted by corporations will usually have from 4-6 time slots for disc jockeys. Have you ever heard a terrestrial station where one female DJ is followed by another female DJ? When that happens, and it probably will someday, it will start at a station just like KXA. Then, I can say women have come all the way."

Today, Charlye says the highest compliment she can get is when she first meets a listener and they throw their arms around her and give her a big hug. She said It tells her that they have gotten to know her. That they know she knows them. That they trust her. That they have made her a part of their family. She says there's no feeling like it in the world. That feeling of knowing you belong to a family.