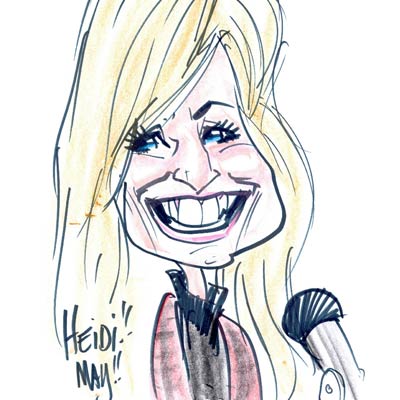 Heidi grew up in the Green Lake area of Seattle listening to the radio from an early age. She was a regular caller to KJR and KING Radio in the ’70s and knew from the age of 11 she was destined to be on the radio. On career day in high school, she sat in on the KZOK morning show.

After high school, Heidi landed her first radio gig in Puyallup at a country station called KJUN. The Program Director thought it would be a good idea to change her name to Chrissy Thomas. After Puyallup, Heidi left Chrissy behind and worked radio in Shelton, Tacoma, Everett, and finally Seattle. She spent the 90’s at KBSG Oldies 97.3 and then landed at KJR-FM from 1999-2011. She spent time at Jet City Stream, Q104.5, KMPS and can now be heard on KXA and KRKO.

Heidi is a breast cancer survivor and has consistently been a top fundraiser for Komen Puget Sound and now Making Strides Against Breast Cancer.