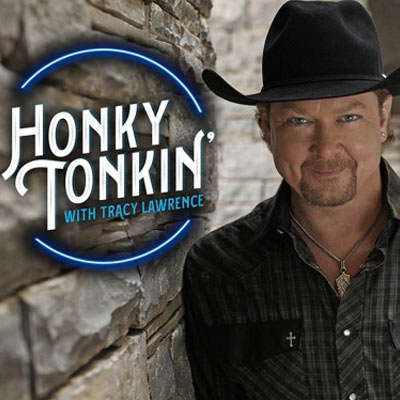 About Honky Tonkin’ With Tracy Lawrence

As one of the most recognizable voices in country music history, it’s only appropriate that a man whose career was launched on a radio show, “Live at Libby’s,” returns to the studio for his own show. Tracy Lawrence brings his syndicated radio show, Honky Tonkin’ with Tracy Lawrence, to Classic Country KXA 1520 AM and 101.1 FM every Saturday morning from 8:00 - 10:00 AM.

The Country Music Association and Academy of Country Music award-winning artist has imprinted an indelible mark on the genre with nearly two dozen hits (including “Sticks and Stones,” “Alibis,” “Texas Tornado,” “Time Marches On,” “Paint Me A Birmingham,” and “Find Out Who Your Friends Are”), 13 million albums sold and many memorable shows, a legacy he shares through nearly 100 live appearances every year. Now, Lawrence brings a lifetime of stories and experiences to the radio.