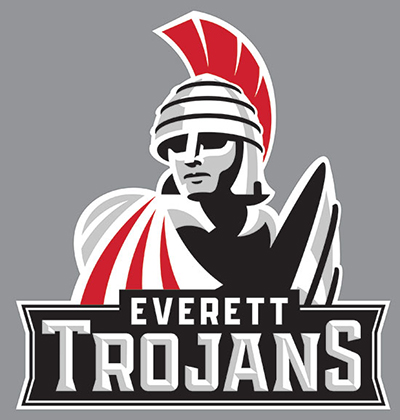 EVERETT, Wash. – Everett Community College will celebrate athletes and coaches inducted into the college’s Athletic Hall of Fame in 2020, 2021 and 2022 at a dinner on June 9, 2022.

Due to the COVID-19 Pandemic, the 2020 and 2021 Athletic Hall of Fame ceremonies were held virtually. The dinner this year will allow athletes to celebrate together.

“This will truly be a unique year with three classes being honored at the same banquet,” said EvCC Athletic Director Garet Studer. “I am very much looking forward to this event to celebrate with all of these remarkable people, including the father-and-son induction of Larry and Darrell Walker.”

Larry Walker is EvCC’s Athletic Hall of Fame 2022 inductee. He retired in 2016 after 31 years of working with EvCC athletes. His son, Darrell Walker, a former EvCC basketball player and coach, was inducted into the Hall of Fame in 2021.

Larry Walker started working in education at Lewis and Clark High School in Spokane in 1975. He came to EvCC in 1985 as the men’s basketball coach, and in 1986 he became athletic coordinator. In 2001, he was appointed as the college’s athletic director.

Larry Walker was integral in bringing back sports that had long ago been eliminated at EvCC, including baseball, volleyball and cross country. He also was a key player in the creation of the state-of-the-art Walt Price Student Fitness Center, which replaced the gym EvCC built in 1958 at 13th Street and Rockefeller Avenue.

Members of the Athletic Hall of Fame were selected by a committee of community members, coaches and EvCC leaders.

The banquet is open to the public. To attend, RSVP at EverettCC.edu/Athletics. The cost is $35 per adult and $20 per child age 16 and younger.