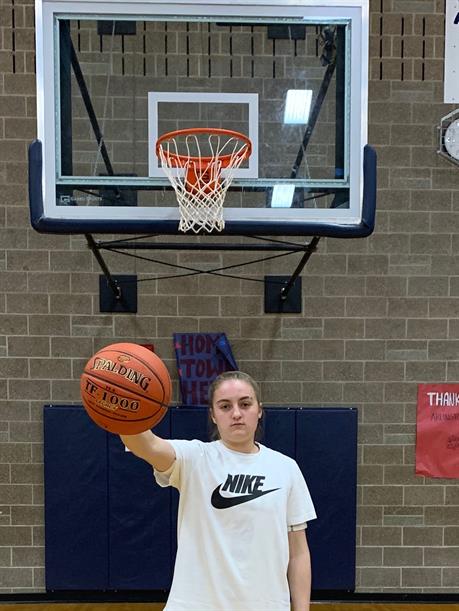 Arlington High School Basketball Player Junior Hailey Hiatt is our KRKO Russell & Hill Female Athlete of the Month for March 2020. Hailey led the
Eagles basketball team to a 24-3 record and a Third Place Finish in the Class 3A State Tournament last month in the Tacoma Dome. She played a huge
role in the Eagles’ come-from-behind 50-49 win over Shorecrest in the quarterfinal game with 17 points and twice scored clutch go ahead buckets
in the final minute of the game. Hiatt led the team in scoring with 24 points in an impressive come-from-behind 61-57 victory over #1 Eastside
Catholic in the game that decided 3rd place. Arlington trailed by 9 points with 6 minutes remaining. Hailey’s tournament averages: 15.7 points
per game; 3.3 rebounds and 2.3 steals per game. She was a 2nd Team All-Tournament selection. Hailey shot 48% from three-point range for the season
and tied the Arlington school record earlier this season when she made 9 three-pointers in a game. Arlington Head Coach Joe Marsh said, “What you
really want is for your players to play their best basketball in February and March and Hailey really stepped it up and did that for us.”