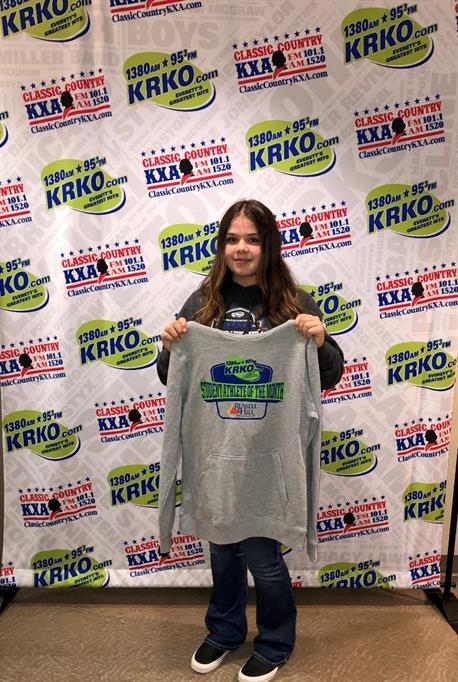 Congratulations to our KRKO Radio Russell & Hill Female Athlete of the Month for February 2020. Lake Stevens wrestler Kiley Hubby. Kiley won her second
career wrestling state championship when she pinned her opponent in the 2nd round of the 170 lb title match in the Tacoma Dome in February. She also
won a 145 lb state championship as a sophomore in 2018. She also has a second place finish (2019) and a third place finish (2017) during her state
career. Hubby is also a two-time national runner-up (2018 and 2019) at the Junior and Cadet National Championships held in Fargo, North Dakota. An
outstanding overall athlete; Kiley was named 4A Second Team All-State softball catcher while helping to lead Lake Stevens to a 2nd place finish in
the 2019 state tournament. Hubby would like to pursue wrestling while in college and is undecided as to which school she will be attending in the fall.
Lake Stevens Girls Wrestling Coach is Al Soler.

SPORTS BROADCASTS ON KRKO THIS WEEK