The KRKO Russell & Hill Female Student Athlete of the Month for January 2020 is Maya Erling, a junior standout guard for the Glacier Peak Grizzlies
Girls Basketball team. Glacier Peak finished the regular season at 14-0 with a #5 RPI State Ranking. Maya led GP to a 9-0 record in the month of January
including two wins over rival Lake Stevens. She scored 22 points in the first victory over Lake Stevens, including 15 points in the 2nd half when the
Grizzlies pulled away after trailing early in the 3rd quarter. Then she turned around and scored 25 points in the 2nd LSHS victory including 10 points
during a 15-3 Grizzlies run to start the game.

Erling was a key member of last year’s Glacier Peak team that took 4th place in the state 4A tournament. In the team’s final game at the Tacoma Dome
she led the team with 19 points and 8 rebounds and scored the go-ahead basket with 40 seconds remaining as Glacier Peak overcame a 12 point 4th
quarter deficit to defeat Central Valley 58-53.

Head coach Brian Hill says, “She can do it all, she can take care of the ball, she can shoot from the outside, she can finish on the inside, she can
defend fast people and she can defend big people…..she’s a gamer!”

Coach Hill continued, “She’s a fierce competitor who likes to win, probably more so than anybody I’ve ever had in my program. She works really hard,
great team player who loves to get everybody involved but at the same time she feels like she can take over a game when she wants.” 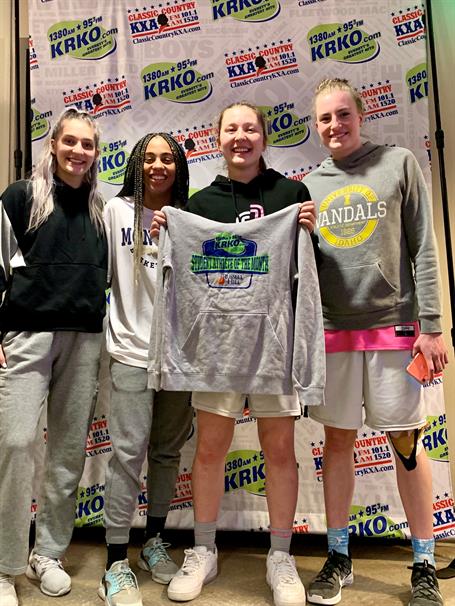