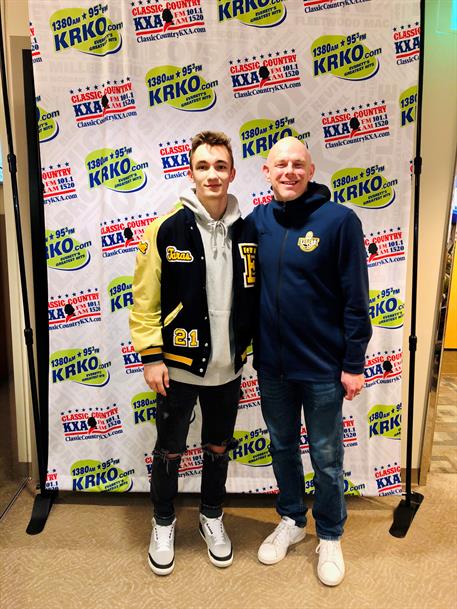 Our KRKO Russell & Hill Male Student Athlete of the Month for December 2019 is Taras Fesiienko of the Everett Seagulls Boys Basketball team. Taras set an Everett High School record for most points in a single game (43) in the Seagulls 69-58 win over rival Cascade in the annual BruGull Fest game on December 6th. He followed that up five days later by hitting a game winning 3-point shot with one second remaining to lift Everett to a 60-59 victory at Lake Stevens. Fesiienko scored 26 points including 6-3-point shots (3 in the first 2 minutes and 15 seconds) in a 73-53 win over Kingston. The Seagulls have already surpassed the team’s win total for the entire 2018-2019 season (3-16). His per game averages: 21 points; 7 rebounds; 4 assists and 3 steals. Taras also sports a 3.6 grade point average. First year head Coach Bobby Thompson speaks very glowingly about Taras’ leadership skills, “It’s his motor and his will that make him special” and went on to talk about how coachable is his, always wanting to improve learn.