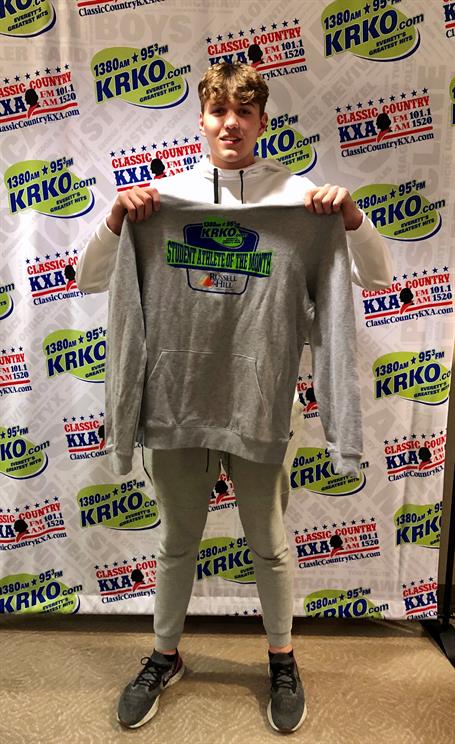 King’s High School Basketball Player Sophomore Tyler Linhardt is our KRKO Russell & Hill Male Athlete of the Month for March 2020. Tyler scored
25 points and grabbed 16 rebounds in King’s 70-67 overtime win over Lynden Christian in the 1A State Championship game in Yakima on March 7th.
He scored 22 points including the game winning shot with less than 2 seconds remaining in King’s 70-67 overtime victory over Seattle Academy in
the state semi-final game. Linhardt was named the Most Valuable Player of the 1A State Basketball tournament; averaging 21.8 points, 12.3 rebounds
and 3.5 assists per game during the 4-day tournament. He was a unanimous selection as the Associated Press 1A Washington State Player of the Year
and is ranked Washington State’s #1 college basketball prospect in the Class of 2022 according to PrepHoops.com. Head basketball coach at King’s
High School is Rick Skeen.