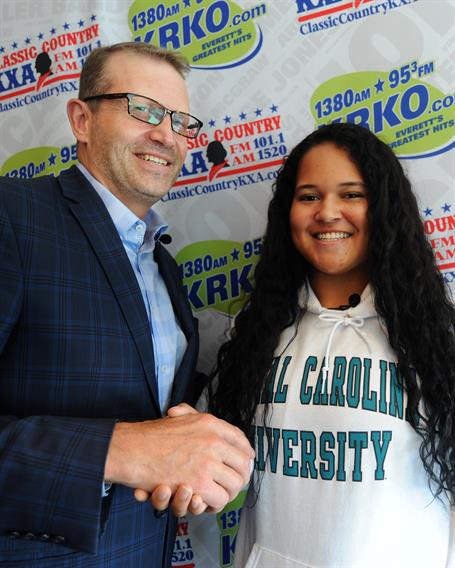 The KRKO Russell & Hill Female Student Athlete of the Year is Iyanla “Ice” DeJesus of Jackson High School.Ice continued to dominate the Wesco 4A Softball
diamond in 2019; just like she did in 2018, pitching shutouts and perfect games and hitting multiple home runs, leading the 26-2 Jackson Timberwolves
to back to back state championships. She was also named the Gatorade State Softball Player of the Year; and maintained a 3.57 grade point average.Ice’s
2019 pitching stats were phenomenal: 1.03 ERA; 302 strikeouts and 62 walks in 141 innings (pitched 25 of Jackson’s 28 innings at state tournament).
Her 2019 batting stats were just as impressive: .582 AVG; .741 OBP; 1.284 SLG (2.025 OPS); 11 HRs; 41 RBI; 43 Walks. Jackson’s road to the state championship
included wins over North Creek, Newport, Lake Stevens (twice), Eastlake, Tahoma, Camas and Redmond. DeJesus will take her talents to the east coast
next year, having accepted an athletic scholarship to play for the Coastal Carolina University Chanticleers. Jackson Softball Coach is Kyle Peacocke. 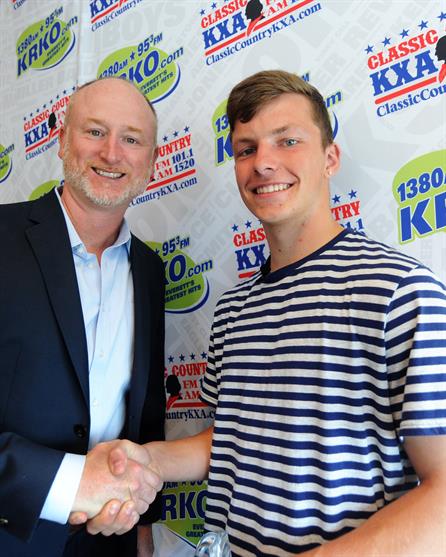 The KRKO Russell & Hill Male Student Athlete of the Year is quarterback and point guard Anthony Whitis of Arlington. Dubbed “The Cardiac Kids,” Anthony
led the Arlington football team into the post-season this season, and then turned around and led the Eagles basketball team into the playoffs.
Football accolades: 1st Team All-Wesco 3A North Quarterback. Accounted for more than 2700 yards and 31 touchdowns as a dual threat signal caller. Led
the Eagles to a 3A Quad-District Cross-Over appearance vs. Bethel. Basketball Stats: -1st Team All Area Team; averaged 17.7 points; 4.4 rebounds; 4.2
Assists; 1.3 steals per game. Led the Eagles to a regional game where they lost in double overtime to Wilson for the right to play in the Tacoma Dome.
Whitis was selected as one of 10 Washington state seniors to represent the 3A in the Washington Interscholastic Basketball Coaches Association (WIBCA)
State All Star Game. Despite set-backs along the way; and with his athletic career drawing to a close due to multiple concussions. Anthony gets to
attend his dream school and has enrolled at Eastern Washington University. Arlington football coach is Greg Dailer. Arlington basketball coach is Nick
Brown.

See the presentations, and the athlete’s acceptance remarks here: 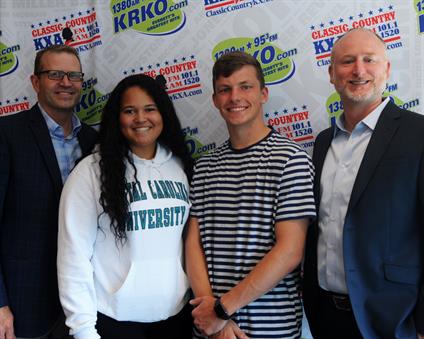