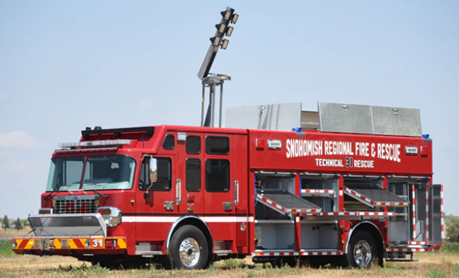 The name change was the result of several recent actions. In August 2019, voters in Lake Stevens approved the merger of Lake Stevens Fire with Snohomish County Fire District 7 by nearly 80 percent. The two fire districts officially merged on January 1st, 2020.

Once merged, the Board of Fire Commissioners felt a name change was needed to reflect the communities served by the newly merged districts. Following a series of internal and external surveys, the Board approved the name change at their June 11, 2020, board meeting.

Though the fire district’s name changed, dedication to a high level of service has not. Firefighter training, efficiencies in administrative services and increase in the fire district’s ability to respond to large-scale emergencies like the pandemic have improved.