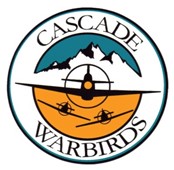 The Cascade Warbirds, Squadron #2 of EEA Warbirds, is providing extraordinary support to future pilots with an aviation scholarship program.

So, who are The Cascade Warbirds?  The EAA Warbirds of America, is a division of the Experimental Aircraft Association in Oshkosh, Wisconsin, a family of owners, pilots, and enthusiasts of “warbirds,” or ex-military aircraft.

Four winners have been announced for the Cascade Warbirds 2021 program.  Please note these outstanding recipients have historically been honored with an induction ceremony at Boeing’s Museum of Flight, though not possible at this time.  They are outstanding for their perseverance and desire to enter the aviation field.  This years’ scholarship award winners are:

Alexandra “Alex Szrama who is a sophomore at Eastside Catholic School and member of the Civil Air Patrol for over three years. She is hoping to attend the USAF Academy.

Brooke Swanson who is a sophomore at Raisbeck Aviation High School. She comes from a military aviation family and hopes to attend the USAF Academy as well.

Liam Mulllins who is a student at South Puget Sound Community College. He desires to become an airline pilot and will start flight training this summer after he finishes his degree.

Mauricia Lott who is a junior at Lynnwood High School. She also hopes to attend the USAF Academy where she will study aerospace engineering with the end goal of becoming a commercial airline pilot. She will become second generation military.

The scholarship program awards winners with tuition, books and supplies, and two introductory instructional flights that will be flown in an aircraft model matched to the student.

Scholarship recipients undergo a ground school which includes classroom lectures, presentations, discussions, and field trips over a time period of 55 hours. Completion of this ground school will qualify a student to take the FAA Private Pilot Written Exam. The first flight will be partway through their ground school.

The second flight will be after ground school completion and both flights will count toward the minimum flight time needed to earn a Private Pilot license.

The scholarship program valued at $1,350 offers an additional $2,500 Continuing Aviattion Education Grant to one of the scholarship recipients with the intention of earning their FAA private pilot certificate within the following year.

If interested in this grant, applicants are required to complete the ground school portion, both introductory flights, and submit an essay by September 30th of the scholarship year.

The grant will be awarded to the best written essay. The funds of the grant will then be released in stages according to their training milestones: $1,000 after first solo flight completion, $1,000 after long solo cross-country completion, and $500 when they earn the private pilot certificate.

Find out more about the Warbirds at Cascade Warbirds.

This article was compiled by Gabby Sleeper

Now Is The Time To Obtain Flood Insurance

The Story Behind Incident Response Teams

Preventing Litter is “Simple as That,” says New Campaign in Washington