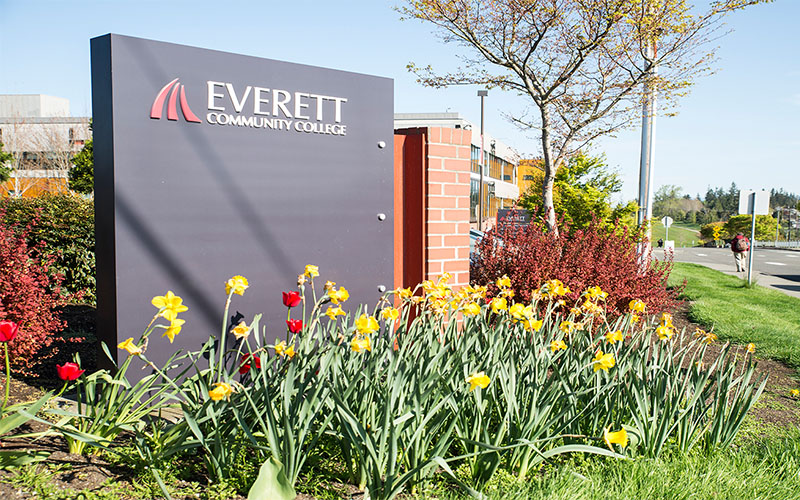 Everett Community College students Heather Costello, Amanda Giuliano and Meg Macdonald were honored at a virtual ceremony May 12 as members of the 2022 All-Washington Academic Team.

The three are among the state’s top scholars representing Washington’s 34 community and technical colleges. The award recognizes outstanding students who have a demonstrated commitment to success in the classroom and in the communities where they live.

Costello, 44, of Marysville, enrolled at EvCC to study advanced manufacturing after her children got older. Her education builds on her experience with industrial maintenance, and she plans to return to a shop after earning her degree.

Costello, who continued her education and volunteer service despite a job layoff and a child with a serious health condition, is proud to “pursue the things I was passionate about doing no matter what age I was.”

Giuliano, 29, of Everett, is attending college while working a part-time job, and is determined to complete her education. She plans to work as a freelance designer in the manufacturing industry using SolidWorks and/or Revit software.

Although some of her classes do not use that software, “in life, you might not always like what you are learning/doing but if you are open-minded about it, you can achieve a greater level of knowledge for life ahead,” Giuliano said.

Macdonald, 31, of Bellingham, did not know much about her Hispanic heritage and culture growing up, and did not speak Spanish. After mastering the language, she decided to become a high school Spanish teacher.

“I want to be the teacher who helps her kids reach their potential, whether academically or personally. I want to fill my students with a love of the Spanish language and the Latin culture and heritage,” said Macdonald, who served as EvCC’s PTK chapter president.

Costello, Giuliano, and Macdonald, by virtue of their inclusion on the state team, are eligible for scholarships at a variety of Washington state public and private schools.