The Archbishop Murphy Wildcats will meet the Tumwater Thunderbirds in the 2017 Class 2A Football Semi-Finals on Saturday at 12 noon at Sparks Stadium in
Puyallup. The game will be broadcast live on FOX Sports 1380 & FM 95.3; streaming live at everettpost.com.

Archbishop Murphy is the defending State 2A State Champions. This is a big weekend for Wildcats head coach Jerry Jensen. Coach Jensen was a starting linebacker
and team captain for the Washington Huskies in the late 1990’s. Later in the day the Apple Cup between the Huskies and Washington State Cougars will
take place at Husky Stadium in Seattle.

The Wildcats defeated Tumwater last year on the way to the state title game. The Thunderbirds defeated Murphy in the 2A Semi-Finals in 2015 (they eventually
lost to Prosser in the championship game). 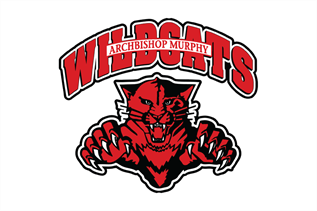 Get vaccinated this Saturday at BEHS, no appointment needed!

Spring Ahead One Hour Saturday Night – Back To Daylight Time