Are You Ready For Wildfire Smoke? 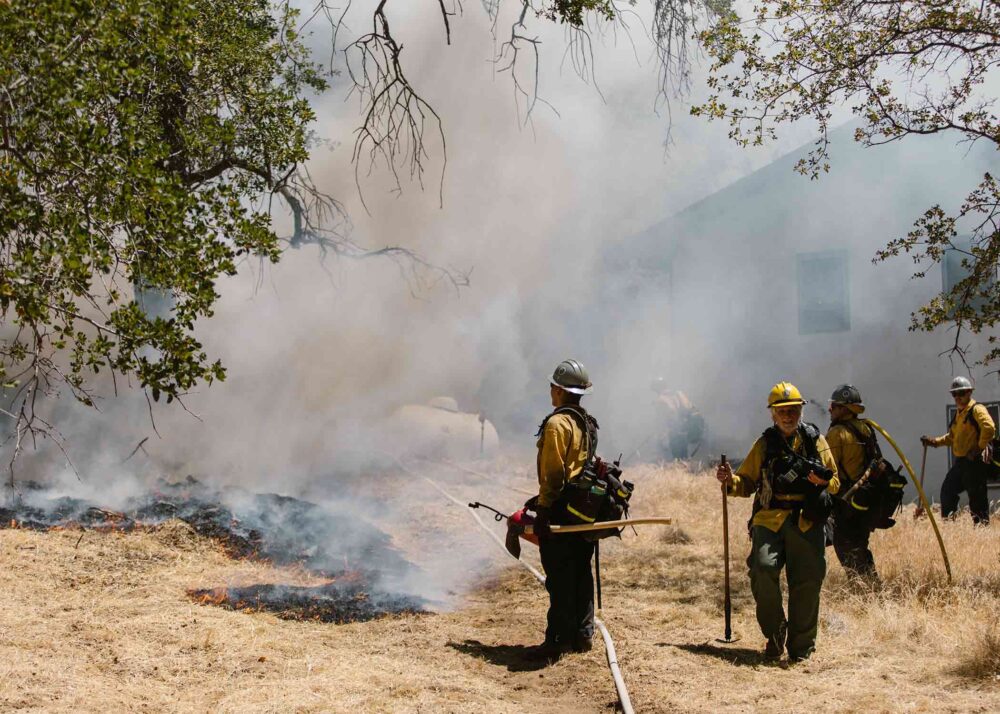 The question everyone is now asking, will we get smoke from a distant fire? The Sanford-Townsend Band titled song is quite appropriate to ask right now.

There are dozens of wildfires surrounding the North Sound – in British Columbia, Eastern Washington, Oregon, and California. Thus far, smoke from these fires has remained away from Western Washington.

Following the unprecedented heat wave in late June, the North Sound has enjoyed nature’s air conditioning with winds blowing in from the Pacific Ocean, bringing morning marine clouds giving way to afternoon and evening sunshine, and far more seasonable and comfortable temperatures. Unfortunately, the healthy mountain snowpack winter provided was wiped out by the excessive heat. At one point, freezing levels soared to – never measured before – above 18,000 feet.

Yet, will this onshore flow of cooler Pacific Air continue through the rest of the summer and wildfire season? At some point, that luck will run out and winds will shift sometime in the next couple of months and blow wildfire smoke from a distant fire into the region.

The North Sound has suffered from smoke from a distant wildfire three out of the last four years. One year, the smoke blew in from British Columbia. Another year, Eastern Washington, and finally last year, from Oregon and California that also included local wildfire smoke during the toasty Labor Day Weekend.

This year’s wildfire season got off to an early start thanks to the historic heat wave late in June. An earlier start to the wildfire season has been the trend since the 1990s as temperatures have warmed about 3 degrees in the Pacific Northwest.

Here are some resources for your use to monitor the latest wildfire activity and air quality. For the latest on wildfires from all the wildfire interagency coordination centers, visit https://inciweb.nwcg.gov/    For local air quality readings, visit Purple Air.  Another air quality resource is from Air Now’s Fire and Smoke Map. And to see the wildfire smoke plumes and other ongoing meteorological events like the coming and going of marine clouds in the area, visit Zoom Earth and zoom in to the Pacific Northwest region.

If and when wildfire smoke arrives in the North Sound, there are a few things you can do to help mitigate the impacts. Yes, you can mask up again. Just keep in mind that cloth masks that most people have unfortunately cannot filter out the fine smoke particulates. N-95 masks can. Have those on hand.

Another is making your own air purifier out of a box fan and air filter. Professor of Environmental Chemistry at the University of Washington – Bothell, put together a helpful video to show how you can make this simple air purifier at home.

Other simple steps include shutting all windows and doors, and any other ventilation from out of doors. In addition, you can place bowls of water around your home that will tend to collect smoke particulates. And finally, even lightly watering your yard will also attract smoke particulates before they have the opportunity to enter your home.

No one wants more wildfire smoke again this year. Do what you can to prevent local wildfires such as no outdoor burning of debris, ensure campfires are cold before leaving, no fireworks of any kind, and tighten tow chains to avoid sparks off pavement. Burn bans are in effect throughout the North Sound until further notice.

Yet, it is prudent to be prepared and to monitor the situation given all the ongoing and quite likely future wildfires until fall rains arrive.