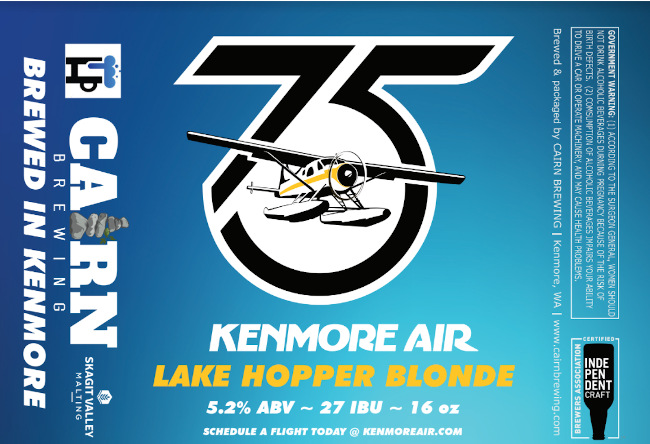 Enjoy the tastes of an ice-cold beer tonight and support two local businesses. Kenmore Air and Cairn Brewing have decided to join forces this weekend and celebrate two anniversaries. Beginning today, the brewery and taproom in Kenmore, Washington is celebrating the brewery’s 5th-anniversary as well as Kenmore Air’s 75th. According to Washington Beer Blog, Cairn Brewing is releasing four beers for the occasion including a lager, an IPA, a Berliner Weisse, and a blonde. The Lake Hopper Blonde was crafted as the official beer of the celebration with the help of Micro Homebrew, a local Kenmore business, and Skagit Valley Malting.

The blonde stands at 27 IBUs and 5.2 percent ABV. Washington Beer Blog says, “It is described as crisp and approachable, and an ideal beer to kick off summer.”

Bill Boyd, brewer and co-owner at Cairn Brewing expressed his excitement over the event, “We’re excited to bring out new beers to out neighbors as we always do over Memorial Day weekend.” He insists that with the lager, the IPA, the Blonde, and the infused Berliner Weisse Sour, there should be something for just about everyone. 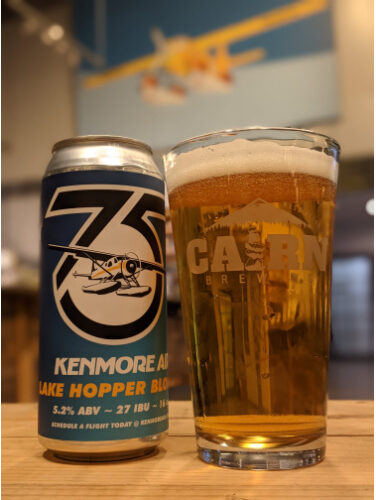 Preventing Litter is “Simple as That,” says New Campaign in Washington

The Smell Of Rain