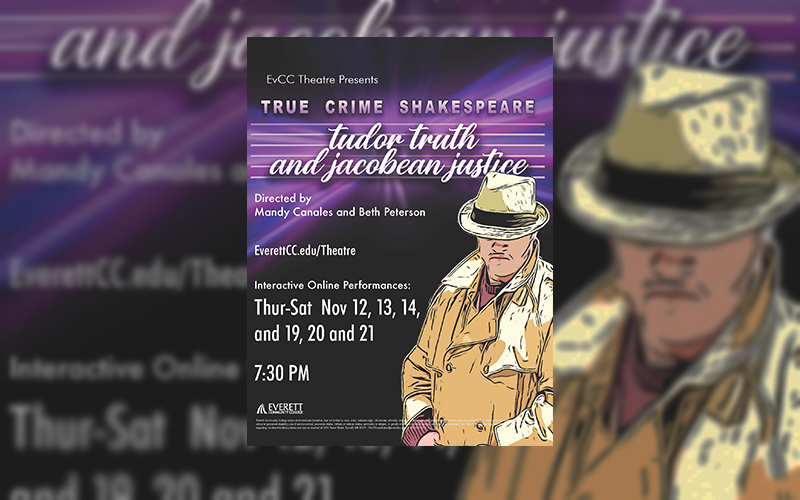 Have you missed going to the theater? Look no further, Everett Community College’s (EvCC) drama students will be performing a virtual interactive performance of “Tudor Truth and Jacobean Justice: True Crime Shakespeare” Nov. 12-14 and 19-21, according to an EvCC press release.

Students will be performing Shakespeare’s “Macbeth” modeled after the TV series “Unsolved Mysteries.” The show will be at 7:30 p.m. on the video communication platform, Zoom.

According to the release, audience members who watch online can be part of the live, interactive production and help the cast members solve the mystery of “Macbeth.”  EvCC Theater Instructor Beth Peterson went into further detail about the evening in the release saying, “Presented in the style of the Stack-era ‘Unsolved Mysteries,’ the darkness surrounding the murders of ‘Macbeth’ is examined with never-before-seen witness testimony, reenactments of the scenes of the crimes, and an evolving theory behind this motive.” The instructor’s hope is that they can have the campus feel like a community even though everyone is at home.

The release warned of mature content and said it is not suitable for children younger than 10-years-old.

At showtime go to EverettCC.edu/Theatre to access the Zoom link and watch the show.

Visit EverettCC.edu/Theatre to receive an audience viewing guide in the mail. For more information, email Beth Peterson at [email protected]