Everett’s Got a Sense of Humor; Three Local Comedy Spots to Tickle Your Funny Bone

April is just around the corner and with it comes the one and only April Fools Day! But laughter never takes a break and luckily Everett has several comedy offerings available year round. 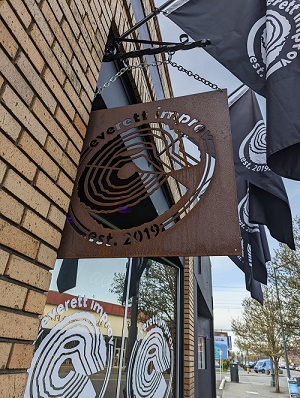 Everett Improv offers a range of events from shows to classes to private performances in your own driveway from the back of a pickup truck. Owner, instructor, performer, and writer Britney Barber has been professionally performing since 2002. After moving to Washington from Philadelphia, Barber wanted to bring more of an improv scene to Everett and the reception has been incredible. “Everett really is awesome,” said Barber. “It’s a big city with a small town community.”

Comedy shows are Barber’s favorite to perform, but her goals for Everett Improv reach higher than being just a venue.

“We’re more like a club than a theater. We’ve been trying to promote culture and community. We have giant Jenga and 8-bit video games. This isn’t a place to go and sit. Strangers become friends by the end of the night. It’s beautiful.”

Barber is especially looking forward to April Fools Day, “we’re going to be doing our first stand-up show in a way that’s never been done before.”

But until then, audiences can come and enjoy the Early Bird Improv Comedy Show this Saturday at 7:00 pm with more shows throughout the night. You can find their full calendar of events, shows, and classes at their website everettimprov.com 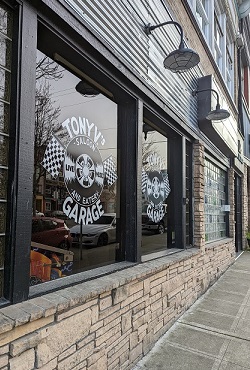 Mondays don’t typically have the greatest reputation for fun, but the open-mic standup show Comedy Garage at Tony V’s Garage is looking to change that.

A long running tradition of the venue, audiences are treated to routines from both new and seasoned comedians.

On a night that can be difficult to find entertainment on, Comedy Garage provides the laughs thoroughly needed after a Monday. Quinn Fitzgerald and Adam Tiller took over as hosts in October of 2021 and have seen the audience numbers grow steadily since. As word of mouth spreads, attendees have filled the venue.

“Comedy Garage has a good community vibe to it,” said Fitzgerald. “You can see comedians get better week to week. We have comedians who had their first show here and now they’re the closers. It’s a fun thing to check out.”

The Comedy Garage regularly updates their Facebook page with upcoming events including the night’s featured performers. With no cover charge, Comedy Garage aims to provide accessible stand-up to locals while supporting comics just getting their start in the industry. Check it out here and plan your next Monday evening! 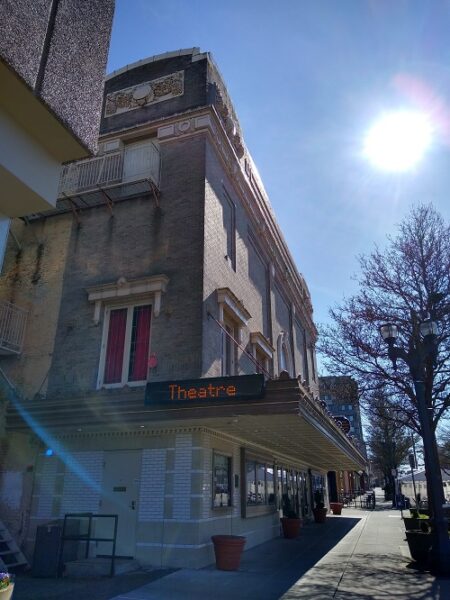 We end our punny pilgrimage over at the Historic Everett Theatre where after a 2 year long hiatus, Everett Comedy Night has returned. Previously held at Emory’s on Silver Lake before the COVID 19 pandemic, Everett Comedy Night is hosted by Cory Michaelis, a former high school teacher, and features a number of performers from around the state and beyond.

“I wanted to bring a regularly scheduled comedy club, quality stand-up show that people paid money to see to my hometown. With the help of an Everett’s Cultural Arts Commission grant, and a lot of risk, I decided to do monthly shows at the Historic Everett Theatre (800+ seats). For our first show on Sat. Feb. 26th with Brad Upton, we had almost 700 people pack the place and it was amazing.”

Michaelis’ love for comedy took hold in 2008 when he and a friend attended a stand-up workshop. What started as a hobby soon became a career and passion.

“Ultimately, [comedy] just makes folks incredibly happy for a few hours. Also, occasionally, it allows folks to see the world differently than they did before the show while also laughing. This can be a powerful way for people to relate to people who are different from them,” Michaelis added.

Everett’s nightlife is vast and varied with a lot to offer both visitors and locals. Though each offering is unique, they all share a common vision to unite the community with art and expression. So next time you feel the need to have a good laugh, make sure to check out the comedians living in your own neighborhood!

As the North Sound’s spring weather improves this weekend... Read More.
Wednesday, May 18