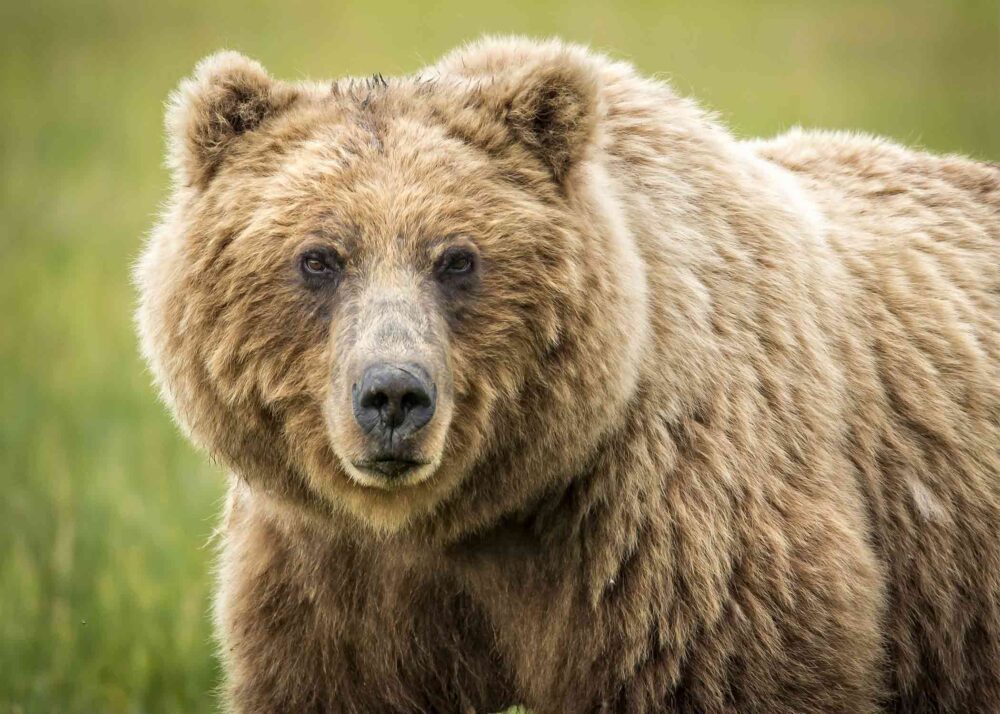 A first for Washington State! Wildlife biologists recently captured and placed a radio collar on the first female grizzly bear so it can track its movements. The bear was captured about ten miles from the Washington-Idaho board near Metaline Falls in northeast Washington on U.F. Forest service land by U.S. Fish and Wildlife Service biologists.

Biologists were alerted to the presence of the bear through images captured on cameras inside the Selkirk Grizzly Recovery Zone in a remote area of the Selkirk Mountains. This area is one of the six grizzly recovery zones identified in the Service’s species Recovery Plan.

The female was accompanied by three yearlings whom scampered off into the nearby woods while the bear was given a health check and fitted with the radio collar. The bear was then released to help biologists learn more about grizzly bears in Washington State. “Understanding how the bears are using the landscape will aid biologists in advancing recovery of the species” said Hannah Anderson, WDFW’s Diversity Division Manager. Four adult males were captured in 1985, 2016, and 2018, but this capture was the first female.

“Currently there are believed to be at least 70 to 80 grizzly bears in the Selkirk Grizzly Bear Recovery Zone,” said Wayne Kasworm, grizzly bear biologist with the Service. Grizzly bears roam the area between northern Idaho, northeastern Washington, and southeastern British Columbia. About half of these bears live on the Canadian side of the border, the other half on the U.S. side.

Grizzly bears are listed as a threatened species under the federal Endangered Species Act and classified as an endangered species in Washington. “Grizzly bears once occupied much of the Cascade and Selkirk ranges, but their numbers were severely reduced as a result of persecution by early settlers and habitat degradation,” said Rich Beausoleil, a state biologist. “Grizzly bear recovery started in 1981 and it took 40 years to confirm the first known female in Washington.”  The population in the Selkirk area is considered healthy, growing about 3% per year.

In case you encounter a grizzly or black bear, you should know what to do and how to use bear spray. It is also important to distinguish between a grizzly and black bear. There are about 1000 black bears to each grizzly. The Washington Dept of Fish and Wildfire offers a helpful website about grizzly vs black bears. The agency also has a fine website on bear spray and how to use it.